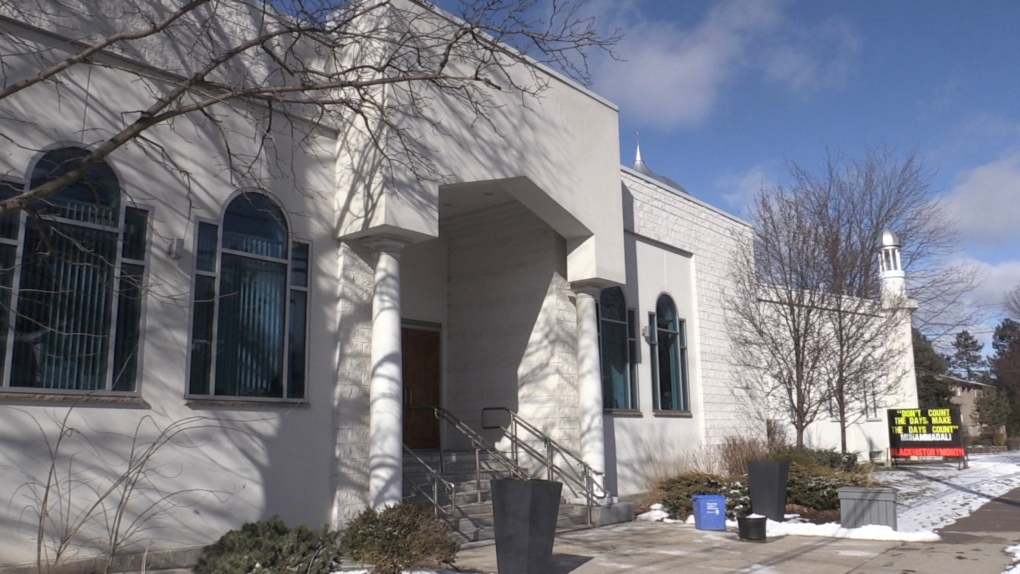 “We’ve been up to Queens Park,” says Nawaz Tahir with the London Muslim Mosque. “We are very hopeful that by the time this comes for a vote, that it will be passed and given royal ascent before the next election.”

On Wednesday, the Ontario NDP introduced the ‘Our London Family Act’ at Queens Park, named in honour of the Afzaal family.

Eight months ago, four family members were killed in what police called a targeted attack because of their religion.

On a campaign-style swing through London and Middlesex County, Premier Doug Ford was noncommittal about whether he and his PC government would support the NDP bill.

“We’re reviewing the legislation,” Ford said. “We will review it. We will continue to work with all the communities in combating hate.”

“We’re going to do everything we can to make sure that never happens again, and we’ll have more to say about that in the very near future,” the premier added.

Developed in consultation with the National Council of Canadian Muslims, the Our London Family Act would:

A provincial review of hate crimes and hate-motivated incidents in Ontario in order to reduce their occurrences.

Safe zones around religious institutions, which are often the targets of intimidation and hate-motivated demonstrations.

New tools and strategies for Ontario schools to combat all forms of racism, including Islamophobia.

Empowerment of the Speaker to ban protests at Queen’s Park that incite racist, homophobic, transphobic or xenophobic hate.

Dismantling white supremacist groups by preventing them from registering as societies.

The establishment of an Ontario Anti-Racism Advisory and Advocacy Council, to make sure racialized communities have a say on government policies that impact their lives.

Tahir says the passing of anti-hate legislation must be non-partisan, even in the lead up to an election.

He reflects on the Premier’s comments during a vigil for the Afzaal family last June outside the mosque.

“We hope that the Premier will keep his word about doing whatever it takes to combat Islamophobia.”

Retailers sitting on 'mountains' of excess inventory in need of liquidation: expert

Consumer behaviour, a looming recession and the reactions of retailers to pandemic-driven supply chain issues are combining to drive a liquidation renaissance, according to one business advisor and retail futurist who spoke with CTVNews.ca.

Ontario doctor alleged to have killed 4 people around same date in 2021: documents

Canadians across the country have a shot at seeing the northern lights this weekend thanks to a series of solar flares and storms over the past few days, according to the National Oceanic and Atmospheric Administration.

Prime Minister Justin Trudeau nominated Ontario judge Michelle O'Bonsawin to the Supreme Court of Canada on Friday. She is the first Indigenous person chosen to sit on Canada's top court and the appointment is being celebrated as filling an important role at the highest level of the country's justice system.

Two pilots are believed to have fallen asleep and missed their landing during a flight from Sudan to Ethiopia on Monday, according to a report by commercial aviation news site Aviation Herald.

Sale of Ottawa church to 'Freedom Convoy'-affiliated group falls through, but leader says deal is still on

The current purchase of a historic Ottawa church slated to become an 'embassy' for a group affiliated with the Freedom Convoy has fallen through, according to documents obtained by CTV News. But The United People of Canada director said it was his understanding the deal was still in place.

Former U.S. Vice President Mike Pence said Friday that he didn't take any classified information with him when he left office.

A Calgary man who bilked his clients out of millions of dollars in a Ponzi scheme has been sentenced to 10 years in prison for what the judge called a deliberate and large-scale fraud.

There is now a simple solution to destroying 'forever chemicals': study

Scientists say they have developed a simple and cost-effective method for destroying a class of synthetic chemicals found in many consumer items and lasting in our water, soil and air for thousands of years when left alone.