They were at the Wharncliffe Road South location to promote the gift of life, and in particular, how it helps a local youth.

Jack Marlot-Clarke is a 12-year-old Londoner. He was diagnosed in 2019 with a serious condition, (Severe Aplastic Anemia and Paroxysmal Nocturnal Haemoglobinuria) which affects his body's ability to make blood.

In the last two years, he has required in excess of 130 units of blood.

Eastwood, already recognized for his 300 plus donations, held the #suitupforjack sign as he rolled up his sleeve.

“It’s funny how people are always saying you do such a great thing, you’re such a superhero, and I downplay it, but today I am”. 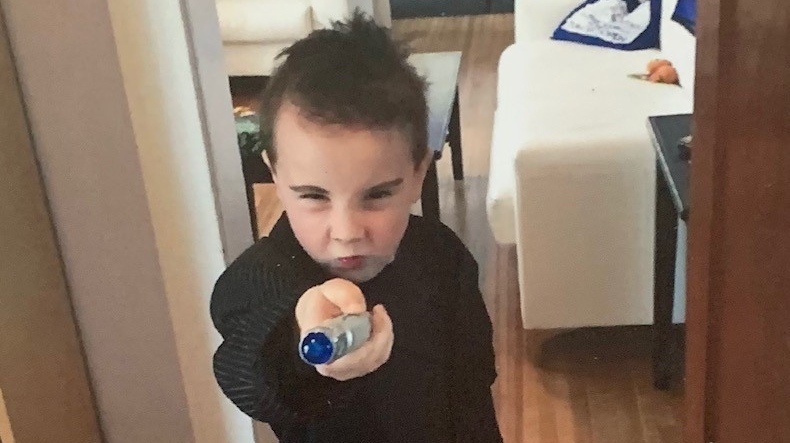 Jack Marlot-Clarke is a 12-year-old Londoner. He was diagnosed in 2019 with a serious condition. (Supplied)

Eastwood says he and others are happy to give to help children and adults like Jack.

“He’s just one example of many, many kids, who daily need blood or plasma or at some point even a stem-cell donation.”

Yet organizing donations has been a challenge throughout the pandemic, according to Jamie Reichmann of C.B.S.

But the need remained, so people like Chris McCurdy stepped up.

“In some ways, it was a way to get out, and still 60 days go by so quickly, fortunately though, that the need for the blood didn’t stop.” 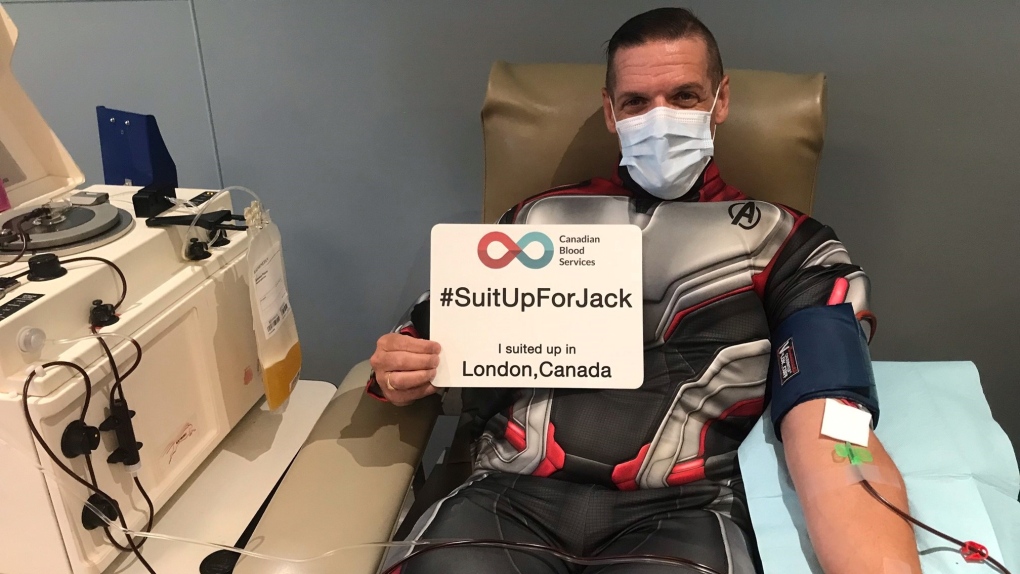 “We are seeing an increase, and the need for blood is definitely there again.”

And that is why Mary Wood, another regular donor, returned to C.B.S. on Friday.

“Set in your mind it becomes routine, especially plasma. You can donate up to every 7 days, and so you try to make it a habit and just follow through.”