LONDON, ONT. -- A heat warning remains in place for Southern Ontario Sunday, as temperatures soared throughout the weekend.

With the stay at home order lifted, the beach was the hot spot to cool off.

On Sunday, many took full advantage, finding refuge from the heat at the beaches of Port Stanley.

"It is really hot and the weather is beautiful... I think more than ever, people are going to be at the beach because there is nothing else to do," says beach-goer Ahmed Zabian.

"This is busy. This is probably the busiest day of this year."

At first glance it appears that the beaches are packed to the brim with people with not much physically distancing measures enforced.

But drone footage capturing sights from above the beach shows a different perspective - more spacing between groups visible. 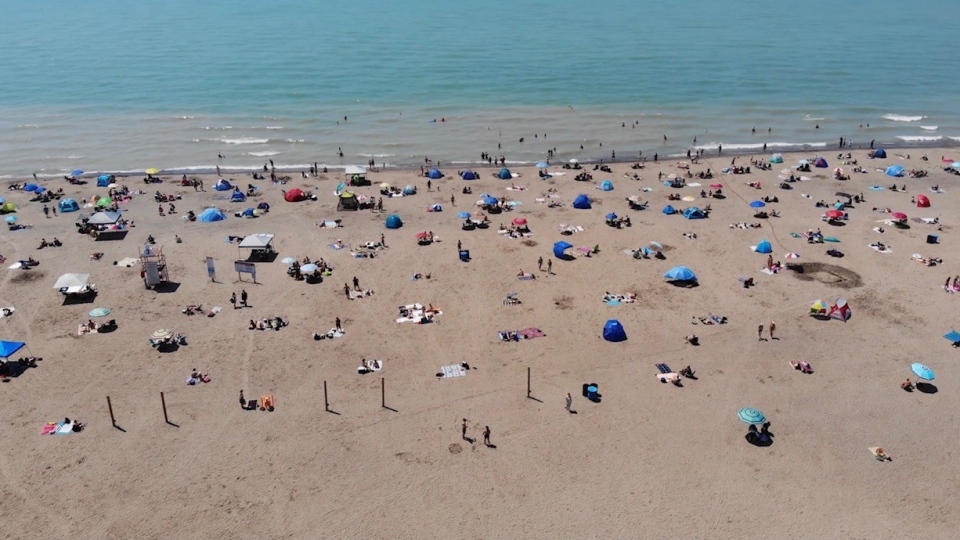 "When you look from here it looks crowded but if you walk down the beach there is more than 6 feet between people," says Hepburn.

"We are happy for them to use the beach as long as they do it safely."

Central Elgin mayor Sally Martyn says if you are visiting the beach, it is important to play by the rules, by only visiting with members from the same household and by keeping your distance from others.

Martyn says that four bylaw officers will be surveying the beach using an educational approach for any wrong doings.

She adds that there is only so much parking available for beach visitors and OPP are out ticketing those who park illegally.

"You really have no way to control the numbers but it’s important that the people who come follow the safety rules, and on the whole, last year they did and I am assuming they will this year so they have the right to use the beach."