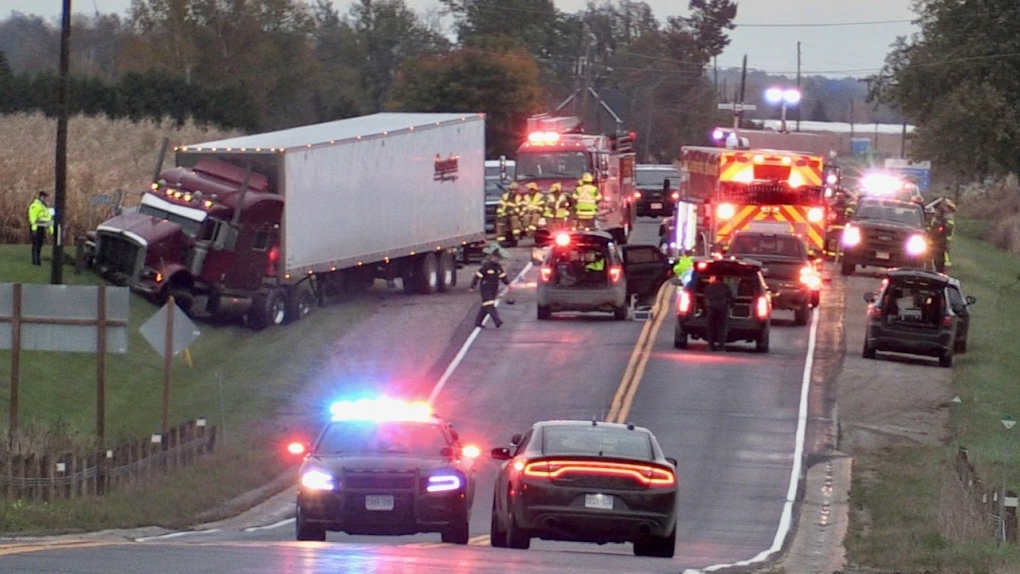 Provincial police have identified the victim of a fatal crash on Wednesday morning near Aylmer, Ont. as 18-year-old Mya Klassen.

Shortly after 5 a.m., police and EMS were called to Imperial Road (Highway 73) south of Lyons Line for a reported head-on crash between a transport and a vehicle.

According to police, the transport truck was northbound and the motor vehicle was southbound when they collided head-on.

OPP Const. Norm Kelso told CTV News London, “Unfortunately, the driver of the motor vehicle was pronounced deceased at the scene. The driver of the transport truck was not injured.”

Police had the roadway blocked in both directions and the closure lasted upwads of six hours.

The investigation continues and police say further updates will be provided when they become available.

An obituary is posted online through Kebbel Funeral Home.