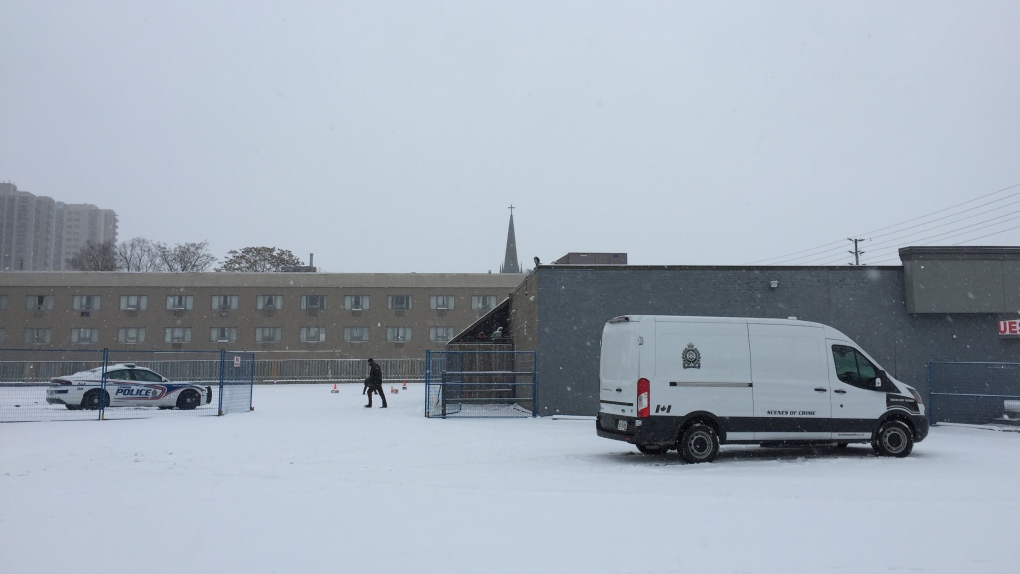 LONDON, ONT. -- London police have confirmed to CTV News that there was a fire overnight at the Beef Baron building on York Street and that is has been deemed suspicious.

The Beef Baron business is associated with the Barletta family and has been closed for several months.

In August, a home just behind the strip club went up in flames and that fire was also deemed suspicious. That home is owned by the Barletta family.

A third home that was part of a gaming investigation, and owned by the Barletta family, was burned down late last year.

The first one was around 11:30 p.m. Monday after a garbage can caught fire in the 400-block of York Street. No damage was caused.

Roughly three hours later, fire crews were called to a working blaze in the 300-block of Richmond Street. Damage is pegged at approximately $10,000.

Police say the three fires do not appear to be related, but the investigations continue.