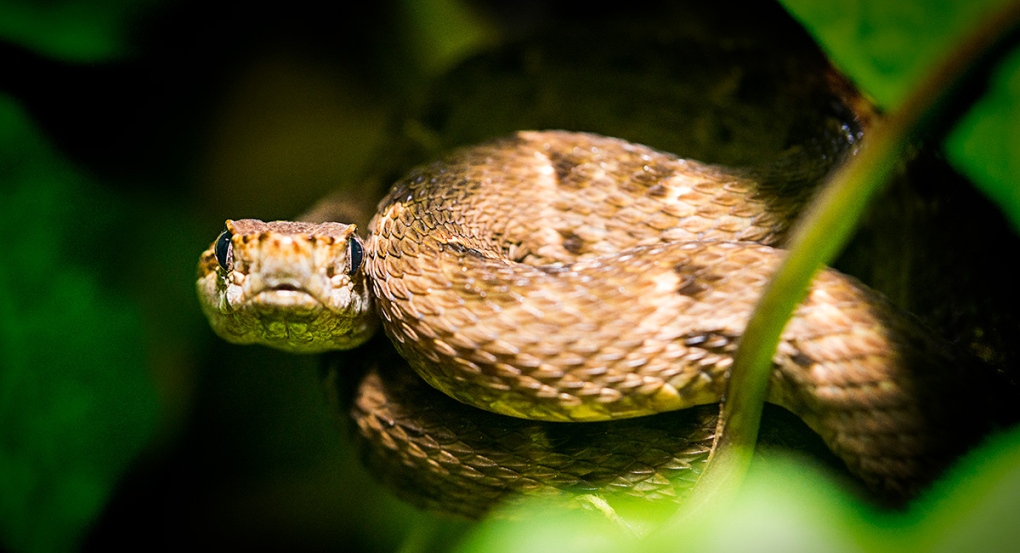 Researchers at Western University in London, Ont. have developed a glue for body tissue that can stop life-threatening bleeding in seconds – all thanks to snake venom.

“In the study, what we have done is, we have taken a special blood-clotting enzyme...and we embedded it into a gelatine system that is modified to be visible-light activated,” says Kibret Mequanint, a bioengineer and professor at Western, said in a statement.

Mequanint developed the 'super glue' working with international collaborators. It is based on a blood-clotting enzyme found in the venom of lancehead snakes – one of the most poisonous in South America.

Researchers found the new glue is 10 times stronger than the current fibrin glue that is used by clinical and field surgeons, and also cuts blood clotting time in half to about 45 seconds.

“Saving 45 seconds during bleeding could be a matter of life and death in emergency situations," Mequanint says.

“When we consider blood loss due to emergency bleeding, for example car crashes and other severe injuries, it is life threatening. People lose blood and they could die from it.”

The findings of the study have been published in the journal Science Advances.

Testing is already underway for the next phase of development so the glue can be used in clinic settings.

Clayton Thomas-Mueller tells the story of his life going from the mean streets of Winnipeg to fighting for Indigenous rights in his new memoir titled 'Life in the City of Dirty Water.'

Twice a year, a Beatles memoriabilia auction is held near Liverpool — and this year, the star item was a set of recorded interviews with John Lennon and Yoko Ono, conducted by a Canadian journalist.

35 of 39 miners trapped underground in Sudbury, Ont., have now been rescued