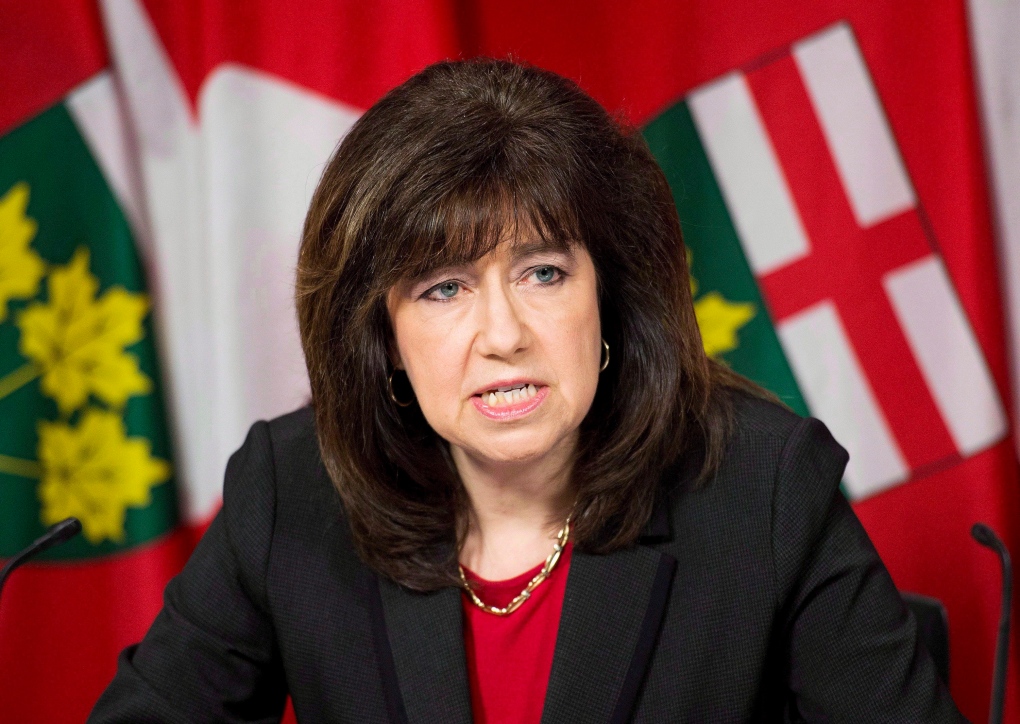 "We found the electricity planning process had effectively broken down over the past decade," said auditor general Bonnie Lysyk.

"Instead of following the legislated process, the Ministry of Energy itself effectively assumed responsibility for electricity planning."

The ministry issued dozens of directives that "did not fully consider the state of the electricity market" and at times went against the advice of the Ontario Power Authority.

"Ontario electricity ratepayers have had to pay billions for these decisions," said Lysyk.

The electricity portion of hydro bills rose 70 per cent between 2006 and 2014, which Lysyk said cost consumers $37 billion dollars in so-called Global Adjustment payments -- and will cost ratepayers another $133 billion by 2032.

Energy Minister Bob Chiarelli said the Global Adjustment is needed to encourage more companies to get into generation, and doesn't mean people paid too much for hydro.

"The words over paying don't enter into the equation," he said. "It is the true costs of providing generation in the province of Ontario, which is added onto the wholesale price which is not sufficient to cover off the generators."

Chiarelli defended the Green Energy Act as a "Wayne Gretzky move -- skating to where the puck was going to be" in terms of climate change, and said the government had developed a better planning process for future energy projects.

The auditor said the lack of co-ordinated planning resulted in an additional cost of $408 million to pay generators for the increased power they produced, or for not producing power at the request of the system operator.

Ontario's average annual electricity surplus between 2009 and 2014 was equal to the total power generation capacity of Manitoba, and its base load generation will exceed Ontario's demand by an amount equal to Nova Scotia's power needs for five years.

In her annual report, Lysyk said the reliability of Hydro One, which owns the transmission grid, has "worsened considerably" and is at risk for more power failures.

Its electricity distribution system to 1.3 million customers in rural and northern Ontario was consistently one of the least reliable in Canada, she said.

The Liberals have said one reason they're selling 60 per cent of Hydro One, in addition to raising money for infrastructure, is to make the utility a more efficient company.

Ontario's last coal-burning station in Thunder Bay was converted to biomass, but it has to import wood products from Europe to burn, pushing the cost of electricity it generates to 25 times higher than other biomass generators.

Lysyk's report is also critical of the way the Liberals hand out taxpayers' money.

Eighty per cent of $1.45 billion in funding from the Ministry of Economic Development and Employment went to companies the Liberals invited to apply, but they wouldn't provide the criteria used to select firms. Nine other ministries gave out another $1.8 billion in funding for similar projects, but there is no co-ordination of the spending, and no follow-up to see if the jobs created still existed after the funding ended.

"We've taken all of the economic development programs, the ones the auditor was looking at, and they're all now in one envelope," said Economic Development and Employment Minister Brad Duguid. "We've learned as we've gone."

"The Liberals give away free money, without any oversight, without any requirement for an application process," said Horwath.

The Ministry of Finance gives over $1.3 billion in corporate income-tax credits targeted to economic development and jobs each year, but the Ministry of Economic Development "rarely considers these" when handing out business grants and loans.

The Ministry of Research and Innovation does not track the $1.9 billion invested in research by Ontario universities over the past five years.

The auditor also took the Liberals to task for poor oversight and inconsistent service levels at Community Care Access Centres and Local Health Integration Networks, and for not responding fast enough to reports of critical incidents at Ontario's 630 long-term care homes.

The Progressive Conservatives call the auditor general's report "a compendium of Liberal failures."

- The electricity portion of hydro bills for homes and small-businesses rose 70 per cent between 2006 and 2014, which cost consumers $37 billion dollars in so-called Global Adjustment payments to generators

- Hydro customers will pay a total of $9.2 billion more for wind and solar projects under the Liberal's 20-year guaranteed-price program for renewable energy than they would have paid under the old program

- Many elderly and disabled Ontarians are not getting much-needed home-care services on time, with some waiting more than a year just for assessments

- The level of home-care services that Community Care Access Centres provide vary widely across the province, as each CCAC develops its own criteria because of funding inequities

- None of Ontario's 14 Local Health Integration Networks has ever met all of the targets in 15 performance areas, so the Ministry of Health kept relaxing their targets

- In the long-term care sector, Lysyk found the ministry did complete comprehensive inspections of Ontario's 630 facilities and will continue to do so annually.

- The province needs to develop a long-term plan for inspecting and rehabilitating 4,400 abandoned mine sites, which the government estimates could cost anywhere between $163 million to $782 million

- The province does not track the total funding ministries and agencies invest in research and development -- over $1.9 billion given to universities over the past five years -- and doesn't evaluate the impact of the funded research