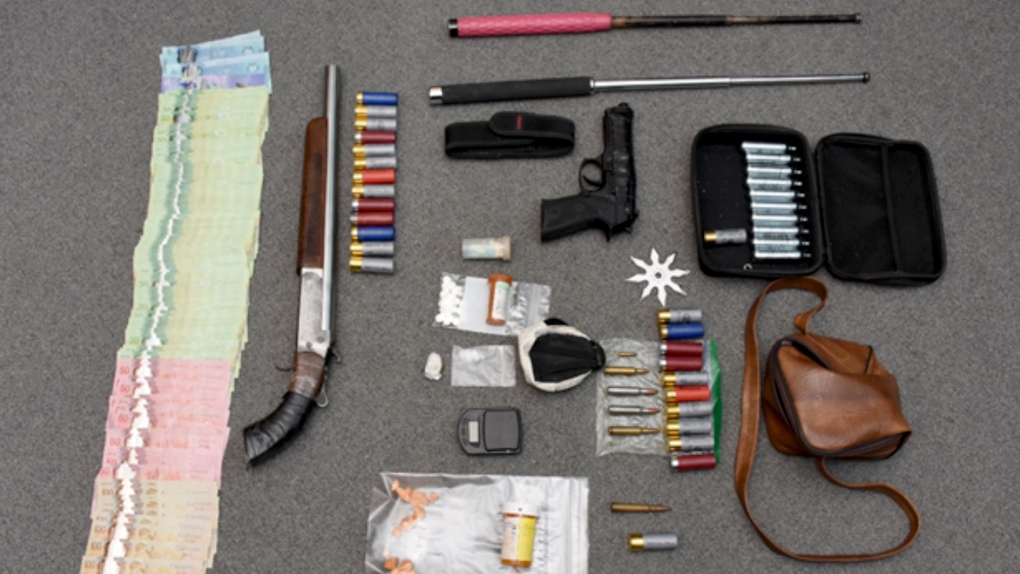 LONDON, ONT -- Strathroy-Caradoc police say they had to use lethal force on an "aggressive dog" while executing what they are calling a high-risk firearms search.

On Friday police arrested a man in a vehicle found in possession of drugs and firearms.

Later that day they attended the man’s home on Head Street to complete a search warrant but were met with an aggressive Bull Mastiff mix dog.

Three adults and three youths were home at the time, however police say they used lethal force on the dog for officer’s safety.

Once inside police located several more firearms along with ammunition, prohibited weapons, proceeds of crime, and drugs.

The items seized during the arrest and search warrant include:

A 32-year-old Strathroy man is facing a total of 20 charges.

He was secheduled to appear in a London court Tuesday.