No inquest into Hampstead crash 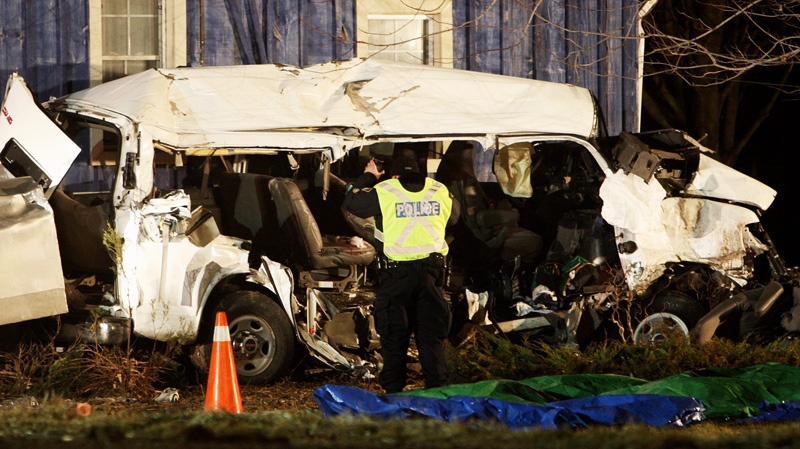 TORONTO - One year after 10 migrant workers and a truck driver were killed in a horrific crash near Stratford, Ont., the chief coroner's office says there won't be an inquest.

Ontario's interim chief coroner, Dan Cass, says the deaths were determined to be the result of driver error and that an inquest wouldn't likely generate recommendations to prevent similar deaths in the future.

The driver of a van carrying 13 poultry farm workers, most of whom were from Peru, drove through a stop sign and into the path of an oncoming truck in the tiny hamlet of Hampstead last February, leaving only three of the workers alive.

Wayne Hanley, the national president of the United Food and Commercial Workers union, says it's a tragedy waiting to happen again and is calling attention to a lack of regulations on the transport of agriculture workers.

Cass says the issues raised by the union are very real, but that the circumstances of this particular crash mean it's not the right case to hold an inquest to address those issues.

He says factors such as fatigue, weather, road conditions, road design, driver licensing and familiarity with the area were considered, but the coroner's investigation concluded none of those played a role in the crash.