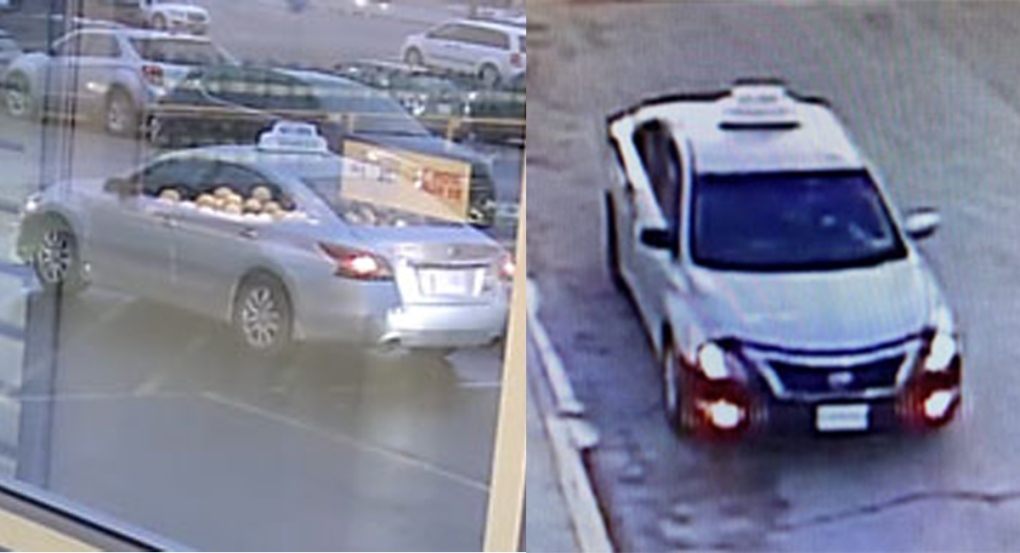 London police are looking for the vehicle pictured here in relation to a fraud investigation, Jan. 2022. (Source: London police)

London police say a second vehicle may be involved in a series of 'taxi cab' scams that have defrauded residents of around $100,000.

Earlier this week, police had warned London residents about a silver, four-door 2014 Nissan Altima made to look like a taxi and two suspects involved in a string of frauds.

In the scam, a victim is approached by a suspect saying the taxi won't accept cash due to COVID-19, and could the victim pay with a debit card in exchange for cash.

The victim pays with their debit card and is reimbursed, but later discovers a large amount of money was taken from their account and the debit card returned was not theirs.

In addition to the silver Altima, police say a black Nissan Altima has also been reported in some of the incidents.

The first suspect is described as male, 18-20 years of age, wearing a puffy jacket, Timberland boots, a black hat and a medical mask.

The second suspect is described as male, around 40 years of age, wearing all black clothing, a black hat and medical mask.

More than 35 incidents were reported to police over the course of a week, though none since Jan. 10.

Still, police are encouraging everyone to be vigilant while using debit cards, as they say criminals constantly update their methods and techniques.