Meet your Neighbour: Melissa Allder, who's virtually sharing her journey with breast cancer LONDON, ONT. -- Without question, 2020 was an interesting year to say the least. One thing it did seem to do was bring together people virtually. In doing so, some people found comfort in meeting people online to chat about their every day dealings. Others went online to seek comfort in what they were personally dealing with.

Melissa Allder did just that, by taking her personal dealings with breast cancer and her treatments online, helping others by describing what she was going through while offering her voice to those in need.

As an educator for the past 21 years, Allder is currently a Secondary ELL Learning Coordinator. Previously, she was the English Department Head at Sir Fredrick Banting Secondary School.

In August of 2020, Allder noticed a lump in her left breast. After scheduling a mammogram, the 46-year-old said the process began.

"Soon after my lumpectomy, I was finally told I was at Stage 2 and was informed that I had to do chemotherapy and radiation due to my Grade 3 cancer cells, which are known to be fast growing and aggressive," said Allder. 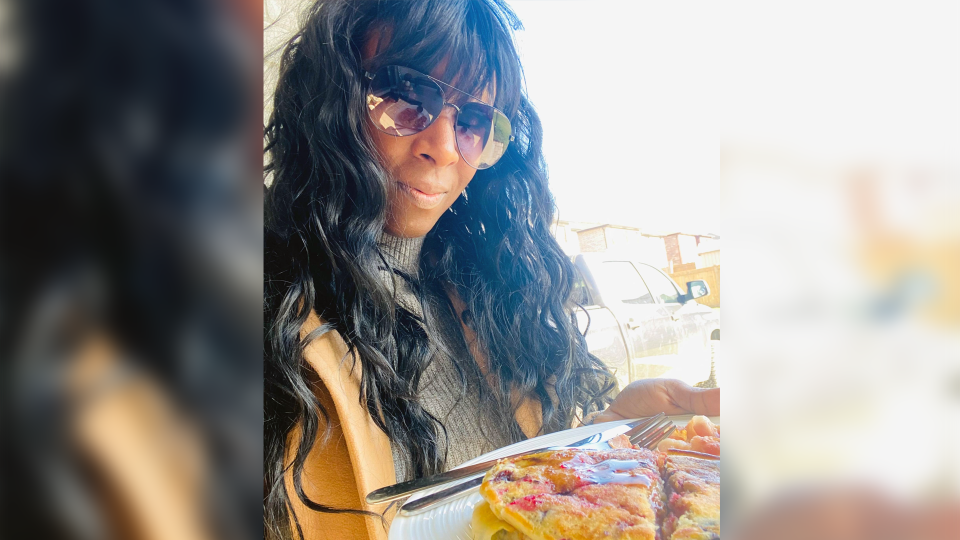 Once receiving the news of her diagnosis, Allder began her own research online noticing there were few images of women of colour with breast cancer, with as she states, "…very little research specifically for Black women and very little support for Black women."

That is when she saw the opportunity to educate people through her personal journey.

Allder feels there needs to be more information and support for all people from all backgrounds, especially when it comes to women of colour.

"When you see images, research, or discussions regarding breast cancer, you will notice it is primarily white women," she said. Obviously having no issue with that, she did take issue with the fact that not all women were represented equally.

While researching, Allder wanted to see mortality rates for women that "look like her" but found very little research.

"It was disconcerting to find out that there is very little research for women of colour, and it was disturbing to read that Black women get breast cancer in earlier years, and that the cancerous cells are aggressive. There is very little data, and I believe that researchers need to be more international with their research, because the lack of health data has a negative impact on Black Canadian women."

Allder continues, stating, "Since Canada lacks data regarding race, it hinders on other racial groups; the USA and UK collects data, and it is unfortunate the data Canadians have to refer to is from there two countries. The data in these two countries illustrates that white women and Black women get cancer at the same rate but unfortunately, Black women die from breast cancer at a higher rate due to various reasons."

This is why she feels health-care data and research must reflect the people who live within that country. Due to women having mammograms earlier, Allder would have waited until she was 50, feeling her survival rate would have been diminished.

Although Allder rarely used social media prior to her diagnosis, she now finds her being open and honest about her journey online to be a great outlet.

"Sharing is therapeutic for me, and discussing my experiences with cancer on social media has allowed me to process my own thoughts – reflect on where I am in my life and where I would like to go in the future and to better understand the research that's been done and where the gaps are," she says.

Allder found many people who reached out to her through social media did not know what the process looked like, the lows, or even what it looks like to go through treatments. 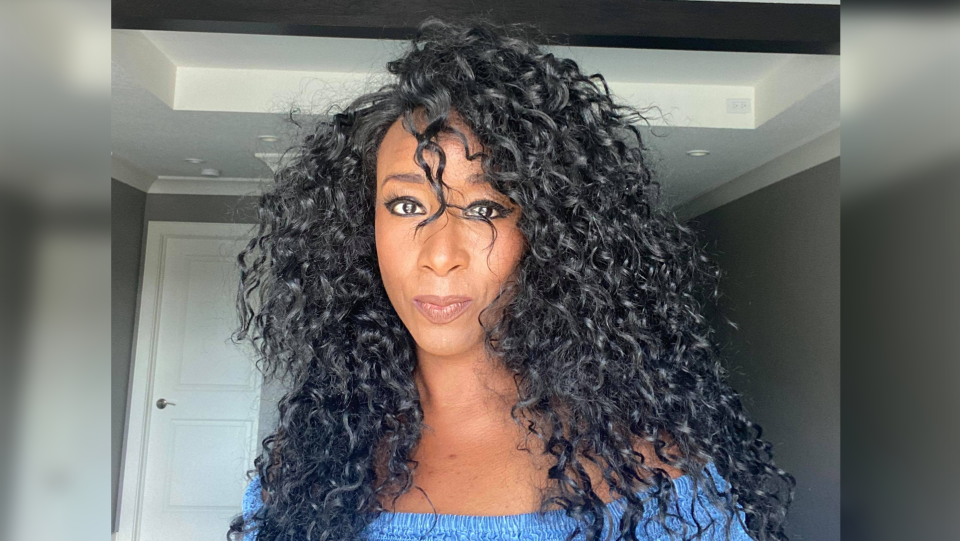 "People have been both empathetic and supportive. I've received messages from people, many of whom I don't even know, reaching out to offer prayers and words of support."

With new friend requests, followers, and those wanting to engage in conversation with her, Allder finds that she is able to share ongoing support while she herself goes through treatments and health challenges.

"People have invited me to join their online Facebook groups and the support has been helpful for me to learn more about my own treatments, while learning about other experiences with breast cancer."

Where does Allder find her positivity and strength? With honestly she says, she doesn't know. She views her life as chapters in a novel.

"As a single parent, I have to have strength and positivity for my daughter's well-being. For the students who I have taught, I have to be positive and a model of strength for them while showing them that there are going to be struggles, but every day is a new day."

Allder says she finds strength in other women who have faced or are facing breast cancer.

From comments on her social media including, "You have never failed to impress me Melissa with how brave and encouraging you are. I don't like that you are going through this, but I do appreciate how you share your experience while going through this. Not all heroes wear capes, Melissa and you are definitely a hero to me," show that her followers appreciate her willingness to reveal her most personal times.

"Sharing my bald head and sharing the various wigs I have embraced to try and model on social media has been cathartic and liberating. Women are asking me to share videos on trying on wigs from the package as a first time, to show that it is not easy. A wig might look good on a mannequin, but not as well as on you." 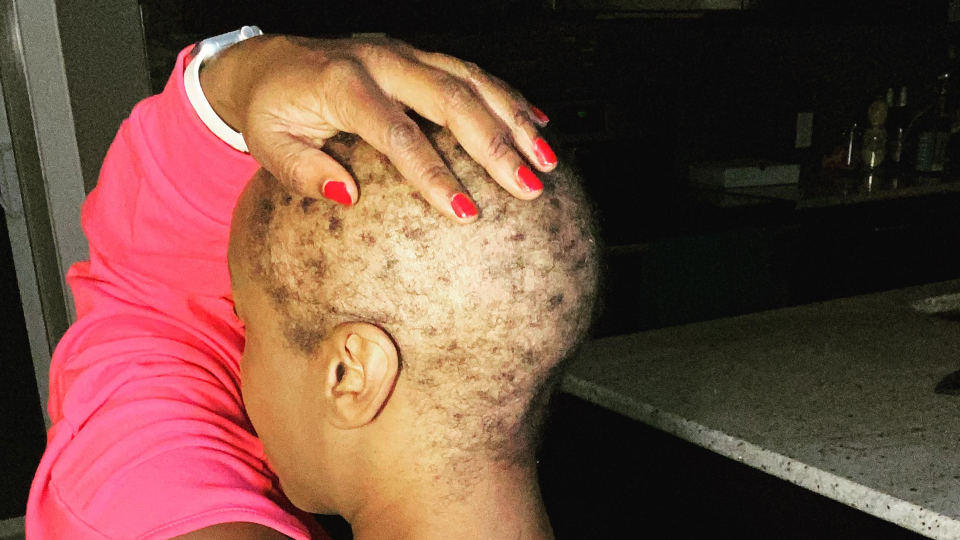 On top of her sharing her personal journey, Allder also heads up the BIPOCA (Black, Indigenous, People of Colour, & Allies) Education Association which joins students, educators, and community members who share their triumphs on overcoming barriers, as well as their challenges.

"I want to reach people," she says. "I want to educate others. I want to bring awareness. To share other voices and provide a platform to just talk about the real challenges. Let them know it's okay to talk about it."

I personally thank Saidat for virtually introducing me to Melissa, as well as Melissa's daughter, Melyna Allder-Myrie who took the photos for this article. I also thank Melissa who, even though she just completed round five of her Chemotherapy treatments which takes a total of four hours/sitting, still took the time to respond to my messages.