London police looking for stolen truck with dog inside

London police looking for stolen truck with dog inside

London police are looking for a stolen vehicle and the dog that was inside.

According to the young Strathroy couple, they picked up the dog in London after finding him through an online ad. They decided to stop at a pet store in the Masonville area to get a few things and use the washroom.

"He was way too scared [to come in]. He was shaking and we didn't want to terrify him even more by bringing him inside,” said the couple.

When they came out after about five minutes, the truck and dog were gone.

The dog is described as a 1.5-year-old Mastiff-Shepherd mix, 60 lbs with brown fur and a red collar.

If the vehicle is seen, police ask that you do not approach it and contact them immediately. 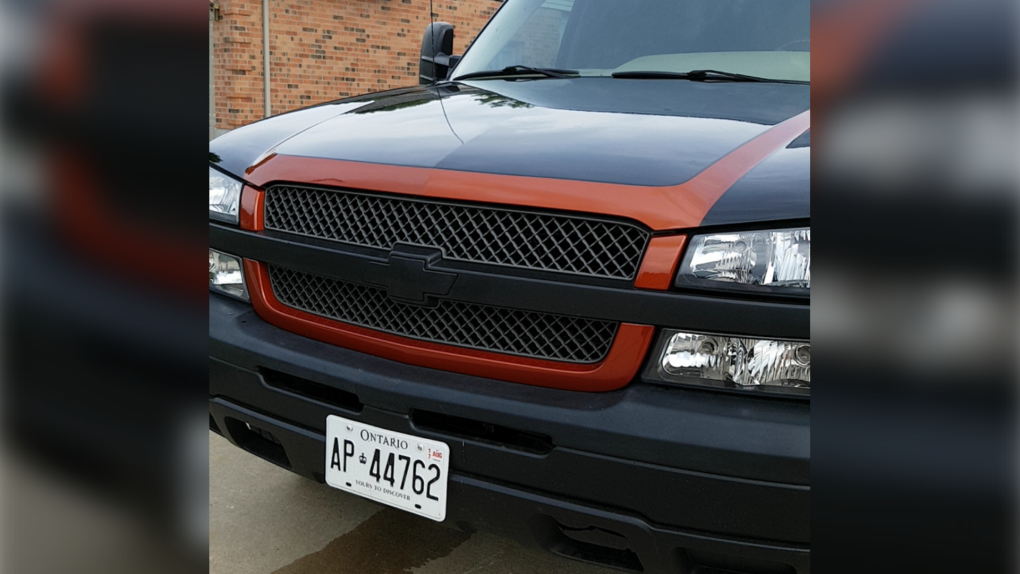 Police are looking for this truck truck and the dog that was inside after he was in was stolen on June 6, 2022. (Source: London Police Service)

North Korea on Sunday fired a short-range ballistic missile toward its eastern seas, extending a provocative streak in weapons testing as a U.S. aircraft carrier visits South Korea for joint military exercises in response to the North's growing nuclear threat.