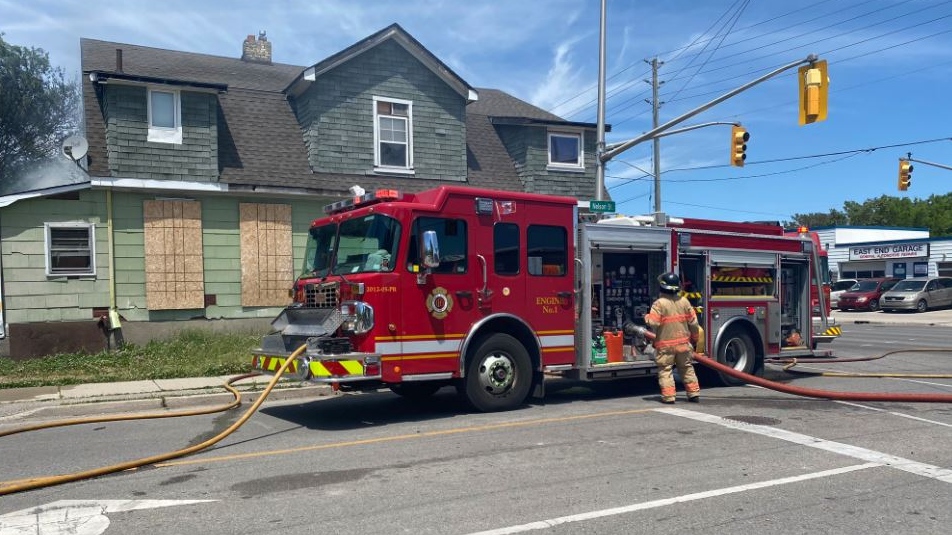 Structure fire at Adelaide and Nelson Streets in London, Ont. on June 7, 2020. (@LdnOntFire/Twitter)

Emergency crews were called to an abandoned house on fire at the corner of Adelaide and Nelson Streets around 1:30 p.m. Sunday.

No one was inside at the time and officials quickly put it out.

The fire was deemed suspicious and have charged Shane Mathew Eggett, 36, of London by way of warrant with arson with disregard for human life and two counts of arson causing damage to property.