He has coached in the NHL since 2002, but throughout the years Mike Babcock has seen the toll the professional sport can take on players.

“Understanding yourself and what you need to feel good is important, but I also think as a coach you have to be monitoring these guys every day and I can just tell by the energy of some of the guys what’s going on.”

Babcock says he became an outspoken advocate for Bell Let’s Talk when his hometown of Saskatoon, Sask. lost two boys to mental illness one summer.

“I know lots of young people now who have struggled a bit and they’ve got everything going perfect in their life and you think everything is rosy but it’s not.”

The Toronto Maple Leafs head coach says it’s important for parents to be aware of how their kids are feeling and not fear the stigma of mental illness.

Krista Van Slingerland knows first-hand the toll athletics can take on mental health. She was a varsity basketball player when the pressure and demands sent her spiralling into a depression and self harm

“There’s a lack of understanding and a lack of compassion and if [it looks] from the outside that you can’t hack it, that you’re not contributing to the team, so why on earth would they keep you around,” she says.

Van Slingerland took her experience and started up the Canadian Centre for Mental Health and Sports, which focuses on athletes and coaches.

“It’s okay not to be okay and mental illness doesn’t preclude you from being a successful athlete,” she says.

Both Van Slingerland and Babcock’s stories will be featured in a special called: In Their Own Words - A Bell Let’s Talk Day Special.

It will air Wednesday evening at 7 p.m. ET across the CTV networks. 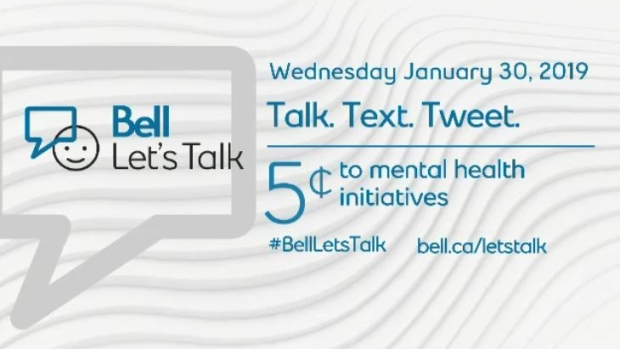