'It's really about reliability and resilience of the system overall': Enbridge Gas makes investment to one of North America’s key natural gas hubs

'It's really about reliability and resilience of the system overall': Enbridge Gas makes investment to one of North America’s key natural gas hubs

Enbridge said the goal is to improve reliability in the system, but said there will be other benefits as well.

According to Enbridge leadership, new compressors and a new bi-directional line from Corunna to the station in Dawn-Euphemia Township will greatly improve reliability and efficiency.

"These compressors being over 50 years old,” said Wes Armstrong, Enbridge’s director of storage and transmission operations. “The new enhancements and then being able to better handle dawn horsepower compression, we'll see efficiencies that way."

Armstrong said the new compressors and new line are important for of one North America's most critical natural gas distribution hubs that supplies gas that supports businesses, runs appliances and heats homes.

"This system serves our 3.8 million customers in Ontario and an additional six million customers downstream in Quebec and the U.S. northeast. It's really about reliability and resilience of the system overall,” he said.

Locally, the $251 million project and work that stems from it will also mean additional benefits to the local economy, according to Dawn-Euphemia Mayor Alan Broad. 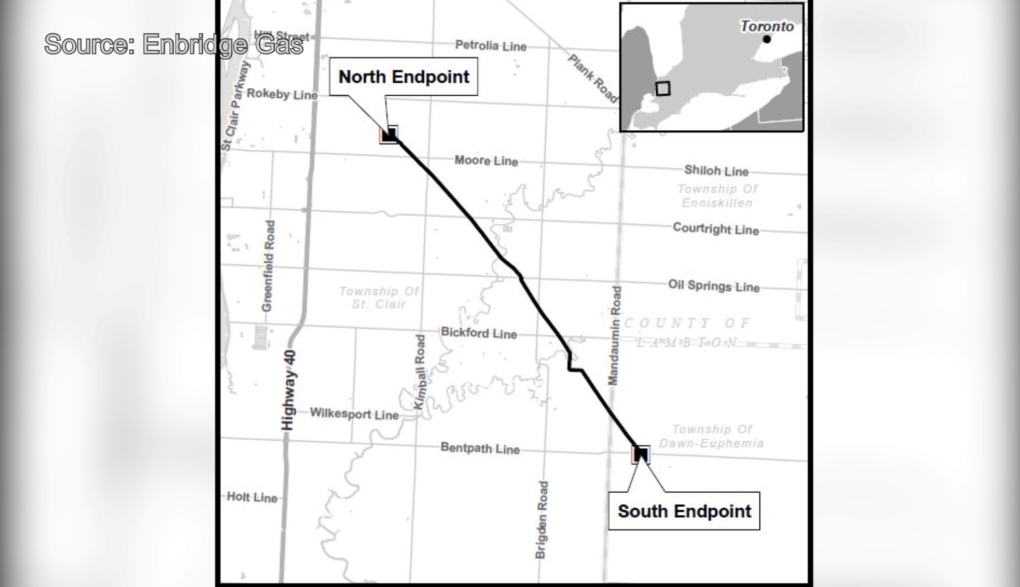 "There will be construction jobs that will come along with it. Also some of the local companies will be able to take advantage of supplying construction equipment that's required for the project,” said Broad. “It's huge for not only Dawn-Euphemia, but for Lambton County and Chatham-Kent."

Broad said the municipality also works to ensure property owners are protected during projects like this, and told CTV News London, “Our first interest is to ensure the landowners get treated fairly. These projects cross their land and we want to make sure the land is put back in shape and they are treated fairly."

Broad added that Enbridge has been good partners in previous dealings.

"Enbridge is really leading the way on the energy transition. We're all in. Down the road we envision blending hydrogen for use as compressor fuel. As well, we have a number of renewable gas projects that will, again, help to de-carbonize the system overall,” he said.

Now that Ontario Energy Board approvals are in place, it's expected the project will get underway in the spring and to be in service by this time next year.

Top European Union officials arrived in Kyiv on Thursday for talks with Ukrainian officials as rescue crews dug through the rubble of an apartment building in eastern Ukraine struck by a Russian missile, killing at least three people and wounding about 20 others.