'He would have loved it, it was his dream': London, Ont.-native missing late father as he heads to MLB spring training

LONDON, ONT. -- Adam Hall received the call of his life this week.

The 21-year-old baseball prospect from London, Ont. was invited to join 71 others in Sarasota, Fla. at the Baltimore Orioles big league camp.

"I wasn't expecting it, but I'm pretty fired up about it," he told CTV News while getting in some final swings in the batting cage.

Drafted out of A.B. Lucas Secondary School in the second round of the MLB draft in 2017, Adam spent his first three seasons in the low-level minor leagues.

He was given a chance to attend the Orioles instructional league in October where the organization could develop and evaluate their young prospects.

He was surprised to be invited to spring training but the organization wanted its top young players to attend.

"These are formative years, and formative at bats for these position players," Mike Elias, Orioles general manager told the media this week.

"We’re a little bit more worried about that dynamic. We just want to get some of these guys here to see live pitching or track pitches, be around our coaches, and all that stuff." 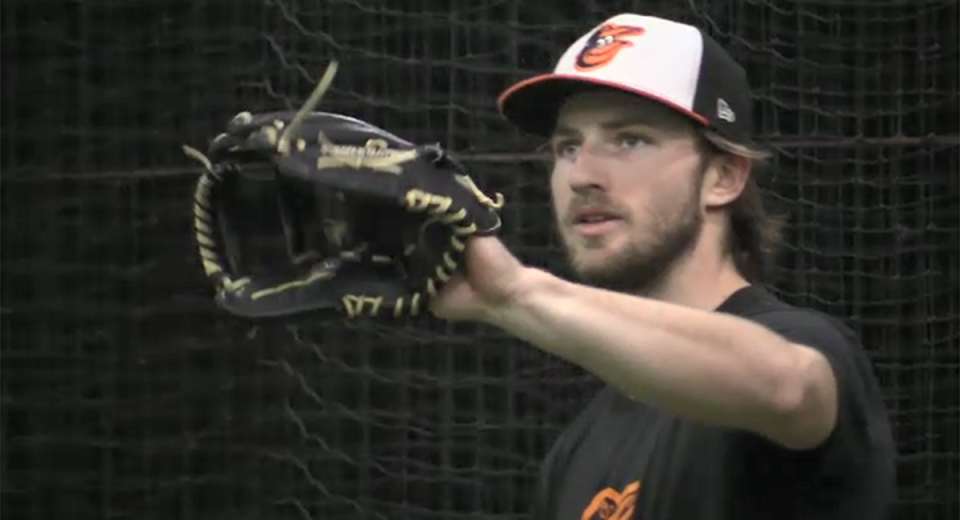 Adam went for a COVID-19 test Monday, and the results have already come back negative, so he's ready to fly south Wednesday.

"It will nice to get down to warmth, especially after the past few days here," says Hall.

"There is a five-day quarantine period along with a COVID-19 test intake, and as far I know we'll get into workouts right away."

Elias said during his media briefing that there will be days where some of their big league players will just do workouts, which will allow guys like Hall to play in spring training games at Ed Smith Stadium.

Adam says, "Any game I get into will be special," and has been working out hard over the past few months at Centrefield Sports in London.

"I've looked up to those guys my whole life and to play with them is my end goal. The Orioles just signed Felix Hernandez, it'll be great to be around a guy like that who has a lot of success in the game."

However, when he does play, there will be one thing missing.

His father and biggest supporter Tyler Hall passed away in the spring of 2020 from multiple myeloma, a cancer of the blood plasma, which he had battled since 2013. He was 53. 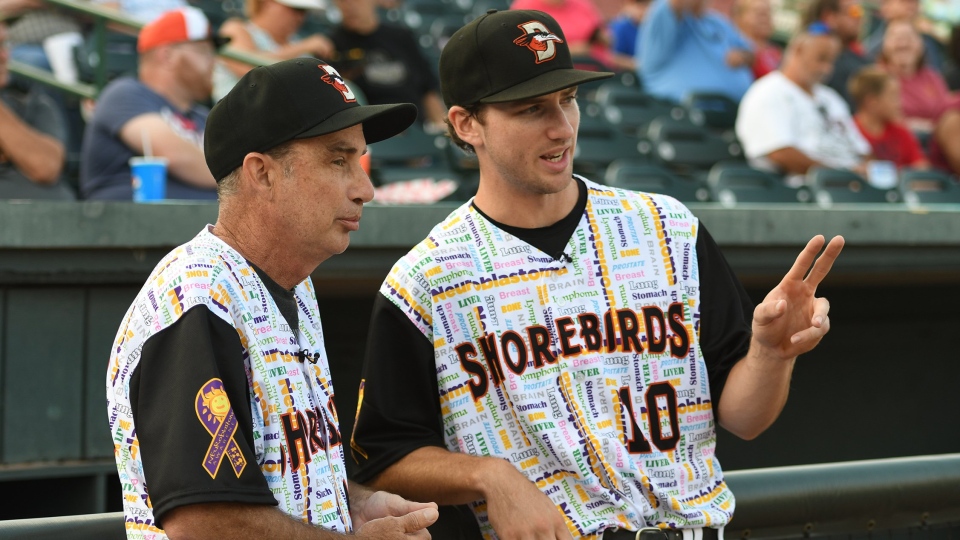 "I hoping he's out there somewhere and when Adam hits the ball, he's carrying it bit further or just away from the outfielders,” says Helen Hall, Adam's mother.

"Tyler would have loved it, it was his dream. While we miss Tyler and it's bittersweet he is not here but it's nice to know Adam hasn't been sidetracked from his goal."

Adam says he believes his dad would be proud of him.

"It's tough, I won’t lie...He was always a big part of my baseball career. We talked about the big league thing and that's been a goal since I started playing baseball. I feel like I’m getting close, so hopefully next year or two years, we'll see what happens."

Elias says Adam and some of the others who won't make the big league club will remain in Sarasota until the minor league season begins. They will be able to train and work out with instructors on the 'back fields.'

He is hoping to reach the 'AA' level this season, where his home games would be played in Bowie, Md.