At 88 years of age, Bob Maginn remains one tough soldier.

He fondly recalls getting into a fight when a private would not follow his orders.

But this decorated St. Thomas, Ont. veteran of the Korean War loses his tough-guy exterior quickly when he thinks about those who never came home.

“I’m that kind of guy. I get a bit sentimental,” he explained to CTV News London through tears.

To comprehend Maginn’s emotion, you have to understand the time he grew up.

Born in Petrolia, Ont., he was child during the Second World War. Ultimately, he left school to find few job prospects.

In his late teens, the army looked like the best option. But it was 1950, and he was well aware something was brewing in Korea.

“It was on the news all the time, what was happening to the Canadians there.”

Signing up in January 1951, Bob was deemed too young to go and fight. Instead, he was left to train for almost two years on the home front.

It was a frustrating time that led to the fight with the private. But as it turns out, the tussle got him a meeting with a major, who saw something in him. 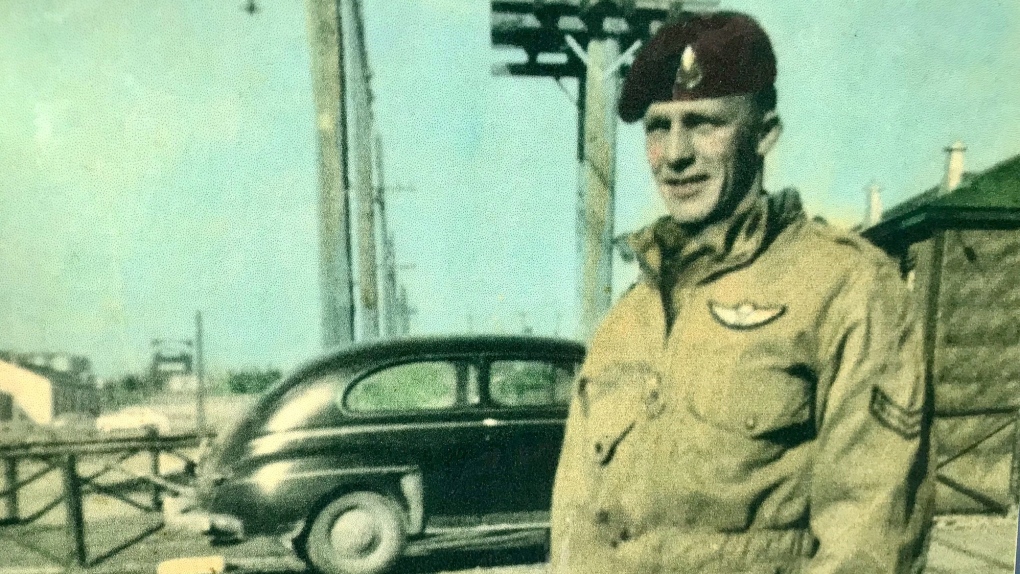 Korean War Veteran Bob Maginn is seen in 1952 in Alberta prior to departing for the Korean War. (Submitted photo.)

“This major come up to me and asked me if I’ve ever been charged in the Canadian Army, and I said, ‘Yes sir!’ And he said, ‘You’re going to NCO school. You clearly joined the army to fight!’”

Now a corporal, Maginn boarded a boat headed overseas. He was seasick for the first three days before arriving in Japan for more training. Then, in early 1953, he shipped out for Korea with the belief he would be fine.

“You always say it happens the other guy, not you. That was a known fact as far as I’m concerned. It’s not gonna happen to me.”

Maginn quickly learned he would not spend any time waiting in Korea. He and the seven men and two Korean interpreters he commanded, were shipped straight to the front line.

For the next five months, save for a seven-day leave, he spent most nights in cold and dark conditions facing the enemy.

“We’re in a rice patty and it is raining. A rat jumped on this knee and then the next one and just kept right on going, and you can’t make a move!”

St. Thomas, Ont. Veteran Bob Maginn, right, then a corporal, is seen conversing with another corporal in this photo taken at the front-lines of the Korean War in 1953. (Submitted photo.)

But sometimes, Maginn and his men had to react. Each time he followed the advice of his major who told him, 'Unless I tell you someone is coming...'

In the end, Maginn only fired one round during those anxiety-filled nights.

But that does not mean he did not live through horrors of combat on Hill 187 along the 38th parallel, between what is now North and South Korea.

That evening, a young private told Maginn he wanted to take the first shift with another soldier in the forward observation post.

Maginn says it was only a few minutes later the phone in platoon headquarters rang.

“We heard a scream on the telephone. We knew where it came from.”

He and another soldier rushed to the scene.

“Tivets and I carried him out, 'cause we were in trenches. He had his head, and I had his chest wounds holding onto him”, Maginn explains through breaks of emotion. “We got him back on the reverse side of the hill, and put him on a stretcher and he died right then and there. He was just 19 years old.”

The solider name was Henry Lavallee. He died just days before the guns fell silent in Korea.

“He was a nice boy, just a lad. What a waste, just nine days before the ceasefire.”

It has been almost 70 years since Lavallee died.

Frequently, Maginn pays tribute to him at the Korean Wall of Remembrance in Brampton, Ont. 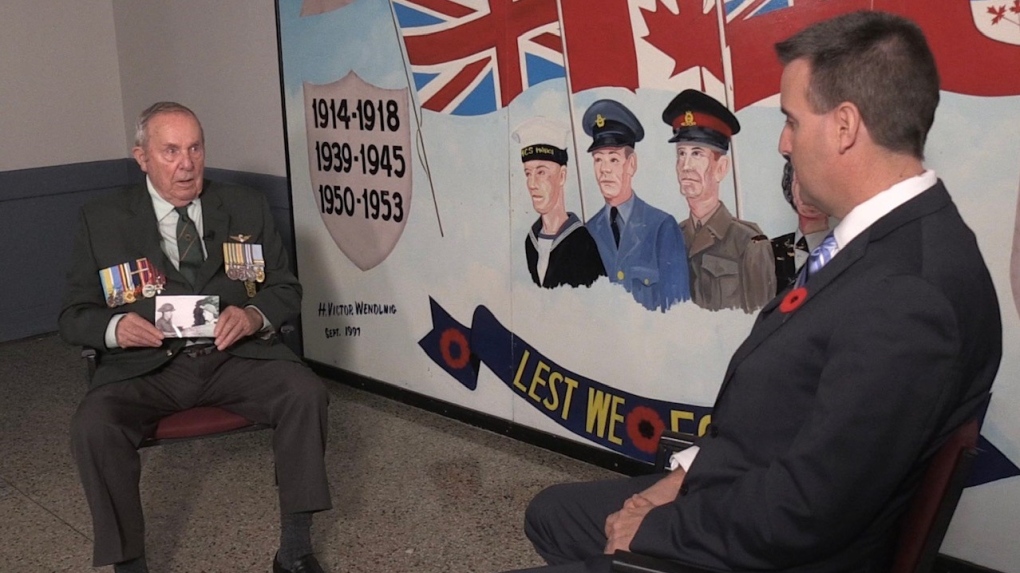 While the loss of Lavallee has never left Maginn, he still takes pride in the “freedom” campaign he fought in Korea.

He says the accomplishment has helped him erase vivid memories of the starving people he encountered when he first landed.

“I mean begging for food, not like children here, who really don’t know what that is all about.”

Maginn feels the sacrifice of Canadians has helped South Korea transform into the economic powerhouse it is today.

It’s a fact he takes pride in.

He also takes pride in his regiment, The Princess Patricia's Canadian Light Infantry.

He is further elated his grandson recently decided to follow in his footsteps.

“He joined my regiment that I was with. I’m sure he’s gonna excel.”

Although filled with pride now, in the years after Korea, there were times Maginn thought Canada had forgotten about his efforts.

But today, he knows that is not true.

“People say to you, 'Thanks for your service,' he explained through emotion to CTV’s Sean Irvine, adding with tears in his eyes, “It’s great. It makes me feel good.”

Maginn’s story is being shared in a two-part feature airing on Nov. 9 and 10, ahead of Remembrance Day.