LONDON, ONT. -- Grassroots support for the families of two men killed in Friday’s building collapse on Teeple Terrace is gaining momentum, and it’s coming in the form of both financial aid to simple gestures by homeowners and those with ties to the construciton industry.

Much like the campaign that prompted Canadians to place hockey sticks on their front porches to honour the victims in the Humboldt Broncos bus crash, households across the London region have taken to placing safety vests outside their homes.

“You know they work closely amongst each other and it brought us all to tears just thinking of the families, and that those young men aren’t going to be home from work,” said Landor Street resident Christie Durrant

Durrant said her husband, a construction worker himself, along with one of his colleagues, hung the first two vests along the fenceline at the Teeple Terrace construction site in tribute to John Martens and Henry Harder, the two men who lost their lives. Since then the movement has grown steadily.

Contractor Dan Lalonde didn’t know the men, but he said the tragedy hit close to home. That’s why he didn’t hesitate to join in the safety vest campaign.

“A friend of mine put his vest out on his door last night and he posted it on Facebook and I thought, ‘That’s a great idea,’ so I followed suit and did it. I just want to show the family that we’re thinking about them."

Lalonde suffered a loss of his own, and that’s why he said the gesture seemed even more meaningful.

“Me personally, like I lost my stepdad about 18 years ago to a workplace accident, and it just brings back all the memories.” 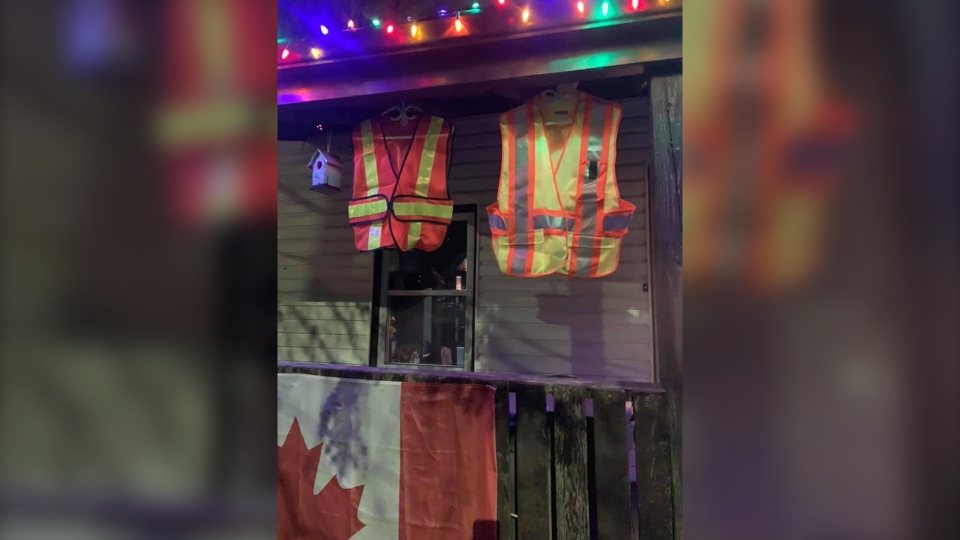 The hashtags #RIPHenryHarder and #RIPJohnMartens are being shared on social media in the London community.

Meantime, as memorials at the site of the tragedy continue to grow and tributes for the two men pour in, their families are also being considered.

To date, a pair of GoFundMe campaigns have raised more than $200,000 for their families and other affected workers. The local construction industry is also stepping up.

The board of directors for the London and District Construction Association has decided to create a legacy fund in honour of the Teeple Terrace victims.

Executive Director Mike Carter said it will include financial aid for affected families and workers, as well as counselling services, training, rehabilitation and Workplace Safety Insurance Board advocacy.

“We share good times. We share bad times. This was just an obligation, a responsibility on our part to extend the sense of community, very specifically into tragedies like this.”

Carter said the LDCA will match contributions from its 500 members for the legacy fund.

In honor of the two men that passed away and the others that were injured, we hung our safety jacket out in front of our...