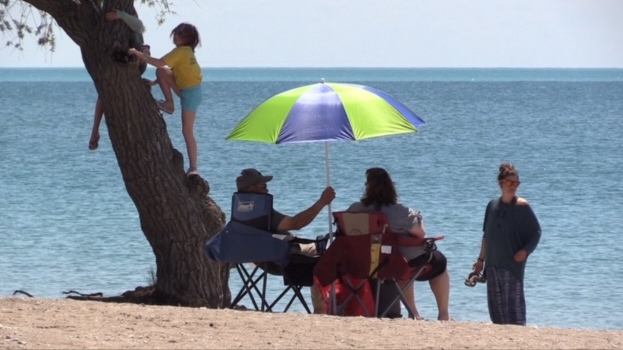 GODERICH, ONT. -- If you’re looking to beat the heat on Sunday, don’t head to Goderich’s beach, it will be closed.

The blockades will be up early Sunday morning to dissuade beach goers from claiming their spot on the beach, says Mayor John Grace.

Grace closed the beach to new visitors for most of Saturday afternoon, after the beach reached, what he called “COVID capacity.”

He says there were too many large groups congregating together on the beach on Saturday, despite local OPP, volunteer, and Goderich staff efforts.

Grace says he plans to reopen the beach on Monday, but he wants to have more resources on the beach next weekend, to ensure fewer people are gathering in such large groups at the beach.

More resources could include more volunteers, staff, bylaw officers, and signage to remind people not be gathering together in groups larger than 10.

He says provincial regulations are still asking people to have “social bubbles”, no larger than 10, and that includes the beach.

Goderich closed it’s beach to new visitors for a Saturday afternoon due to overcrowding, earlier this summer as well.