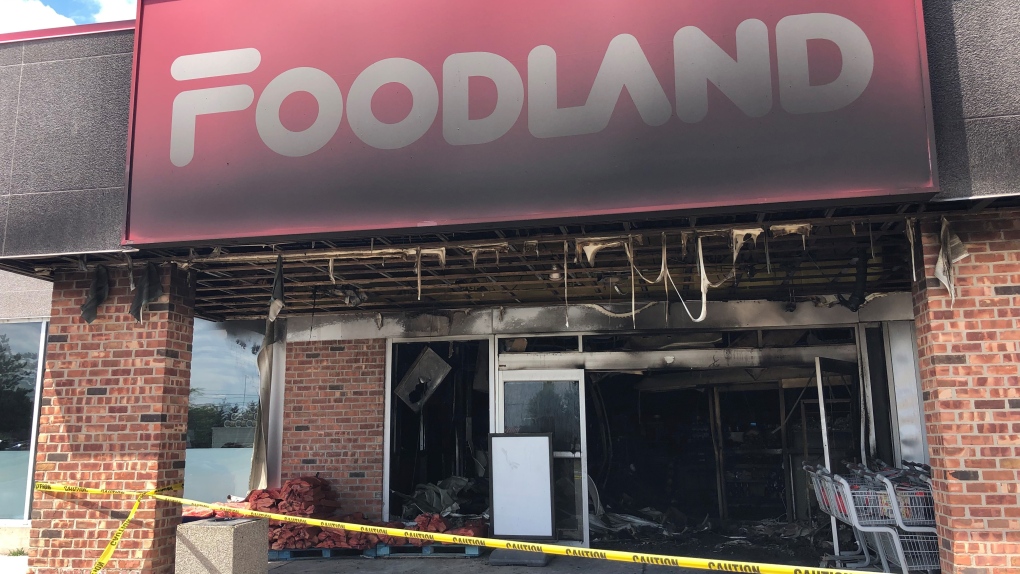 Fire gutted the front entrance of the Foodland in Dorchester on July 7, 2022. (Jim Knight/CTV News London)

Dorchester residents will have to make a longer drive to pick up groceries.

The front entrance to the Foodland in the plaza at 2095 Dorchester Rd. was gutted by fire Thursday morning.

Crews from the Thames Centre Fire Department were called to the scene at about 4:30 a.m.

According to a press release issued by Middlesex OPP, the fire is not believed to be suspicious. Those close to the investigation told CTV News it may have been electrical in nature.

The damage estimate is currently unknown.

There is no timeline on when the store will be able to re-open.