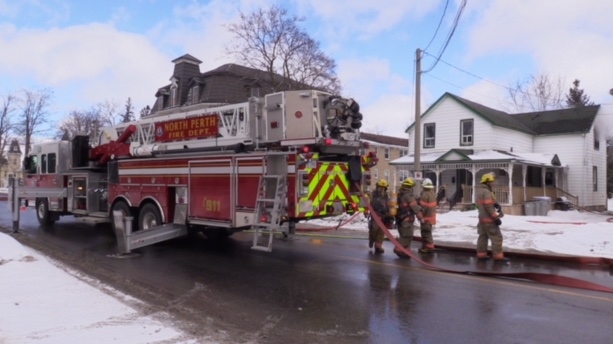 A house fire closed down Listowel, Ont.’s Main Street for the second time in as many weeks.

No one was injured in Thursday’s house fire. The only person home at the time of the blaze got out safely.

Neighbours reported seeing smoke around 11 a.m. and firefighters, paramedics, and police showed up moments after getting the call.

The fire was quickly contained by crews on scene.

The fire was in the same home that was the centre of a stand-off last week that also closed the town’s Main Street for several hours.

The road was closed between Victoria Avenue and Barber Avenue over the noon hour as crews totally put out the fire.

It reopened shortly before 2 p.m.