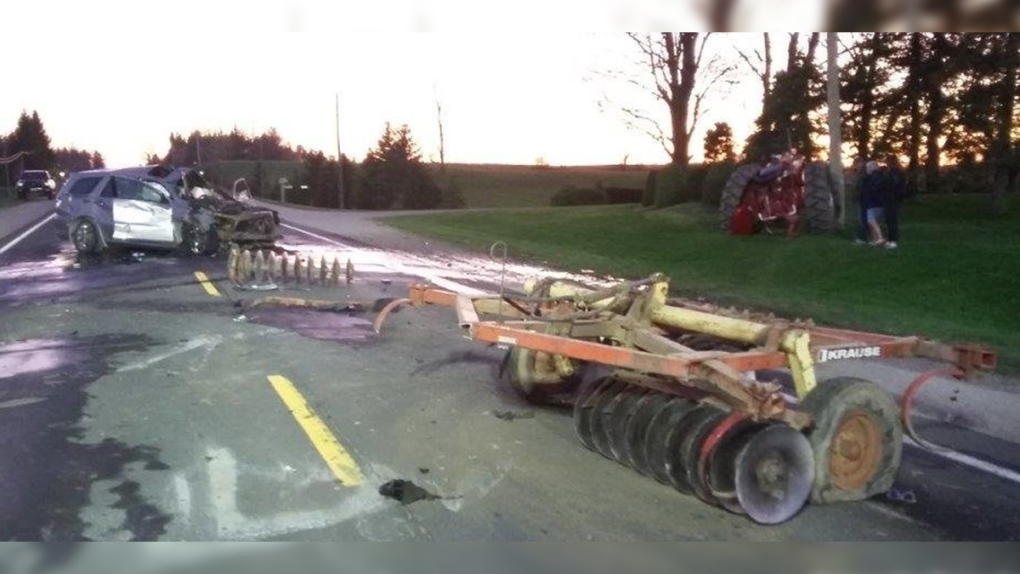 A damaged SUV is seen after it collided with a tractor towing farm equipment in Georgian Bluffs, Ont. on Wednesday, May 20, 2020. (Source: Grey Bruce OPP)

The crash happened shortly after 8 p.m. Wednesday on Highway 21 east of Jackson in Georgian Bluffs.

According to investigators, both vehicle were westbound when the 42-year-old driver of the SUV rear-ended the farm tractor, driven by a 52-year-old.

The SUV sustained extensive damage, but police say the four people who were taken to hospital by ambulance suffered only minor injuries.

The investigation is ongoing and, so far,  no charges have been laid.