'Even an Olympic champion can be crippled by this thing': London, Ont. gold medallist battling COVID-19

The 31-year-old reigning Olympic champion spoke with CTV News from his hospital bed on Saturday afternoon.

"Even an Olympic champion can be crippled by this thing - don’t think you are better than that," said Kopacz. 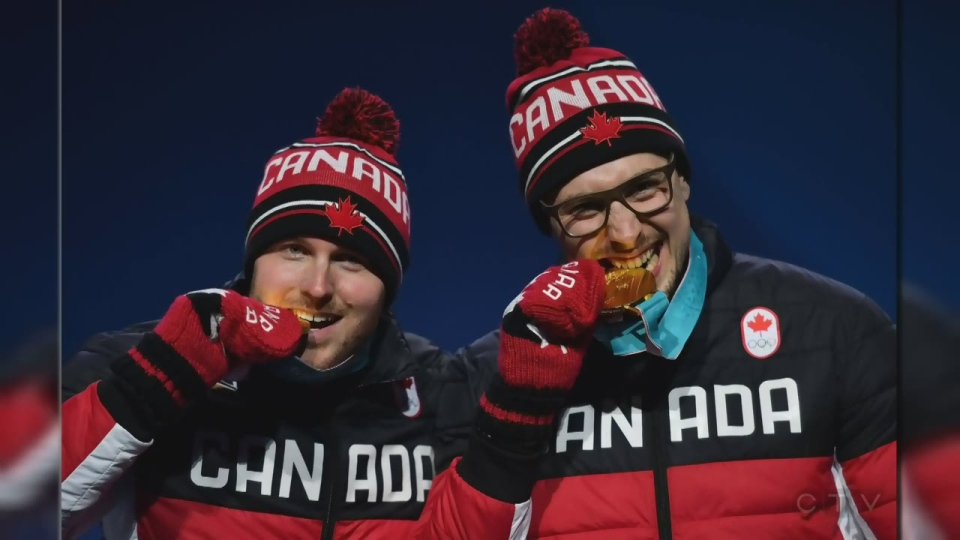 Kopacz says he is living proof that no one is immune to the COVID-19 virus.

"This is a demonic, demonic disease. I haven’t slept in six days."

Kopacz became sick with COVID-19 just over a week ago.

Before he was admitted into hospital, Kopacz said he was racked with fever, a debilitating cough and chills that prevented him from sleeping.

On Wednesday, Kopacz was admitted into University Hospital's COVID-19 unit where he was put on oxygen to help him breathe.

"The breathing was excruciating, so shallow and such a lack of oxygen. I cannot describe the hallucinations I was having… Eight days, the fever started to kind of back off more, and then I was stuck with this relatively crippling breathing situation. And then I was informed that a cytokine storm was coming and it may shut down your lungs all together…oh is that all?"

From his hospital bed, Kopacz says the threat and fear of dying was constant.

"You’re staring down a potential death head on, you can't do anything to fight back. You can be the strongest the fastest, whatever. There is still a chance you may lose."

How Kopacz contracted the virus is still unknown, but he took a test the moment he felt symptoms.

That didn’t stop the virus from infecting others he came across when he was asymptomatic.

"Within a matter of three days, I infected two people for sure."

A healthy athlete turned hospital patient, Kopacz says he has a message for those who may not take COVID-19 seriously enough.

"Best part about science, is it doesn’t give a s**t if you believe in it or not, it just is."

As of Saturday morning, Kopacz's health has started to improve.

"I started saying goodbyes because you just don’t know, and now I am able to tell everyone it's for sure going to be okay."