SARNIA, ONT. -- Deadline-day for the Line 5 pipeline fuelled anxiety among thousands of workers in Sarnia, but ultimately Enbridge kept its petroleum products flowing.

Michigan Governor Gretchen Witmer instructed Enbridge to stop operating Line 5 by May 12, because of her concerns that an oil spill beneath the Straits of Mackinac could devastate the Great Lakes.

But Enbridge maintains the underwater section of the pipeline is safe, and an upgraded replacement has already been approved.

Enbridge Senior Vice President Mike Fernandez tells CTV News that Line 5 the does not have to stop operating while a legal process is underway in the United States.

“This matter sits in a federal court today,” explains Fernandez. “The federal judge who is in charge of this case has required both parties to participate in mediation.”

But Witmer told U.S. media she will go after the revenue generated every day the pipeline operates past her deadline.

The Ontario government has estimated 4,900 jobs in the Sarnia region rely on Line 5 continuing to flow.

At MacKenzie-Milne in Sarnia, safety equipment sales rely on the contractors who work in the surrounding industries.

“Every job position that trickles down is threatened,” says Anthony Primmer. “There are so many people only one or two steps removed (from Line 5). It covers hundreds of companies.”

Ozweld’s Diner is one of numerous spin off businesses that rely on the jobs secured by the pipeline.

“Our bread and butter is breakfast and lunch. We count on these industrial workers to come in,” says co-owner Karen Pelkie Shura. 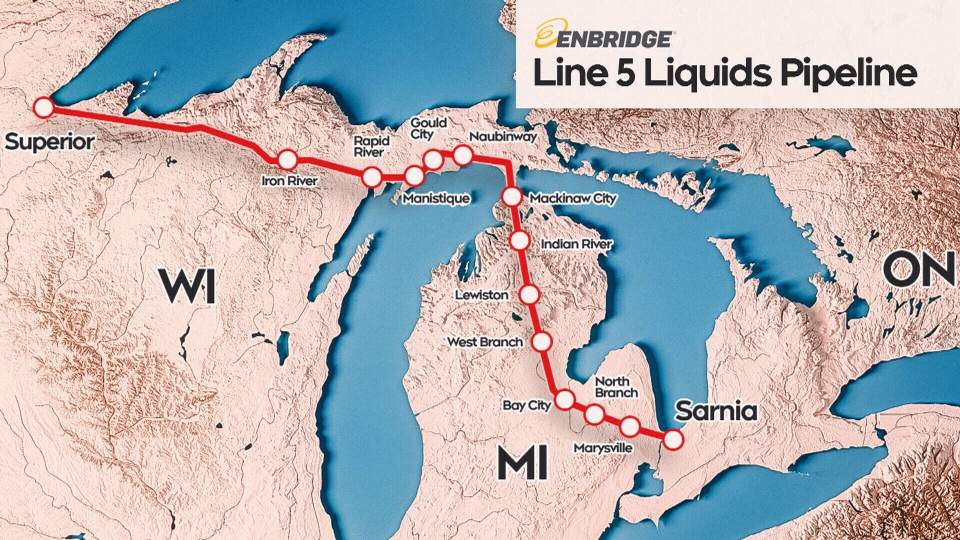 The next scheduled mediation meeting between both sides is May 18.