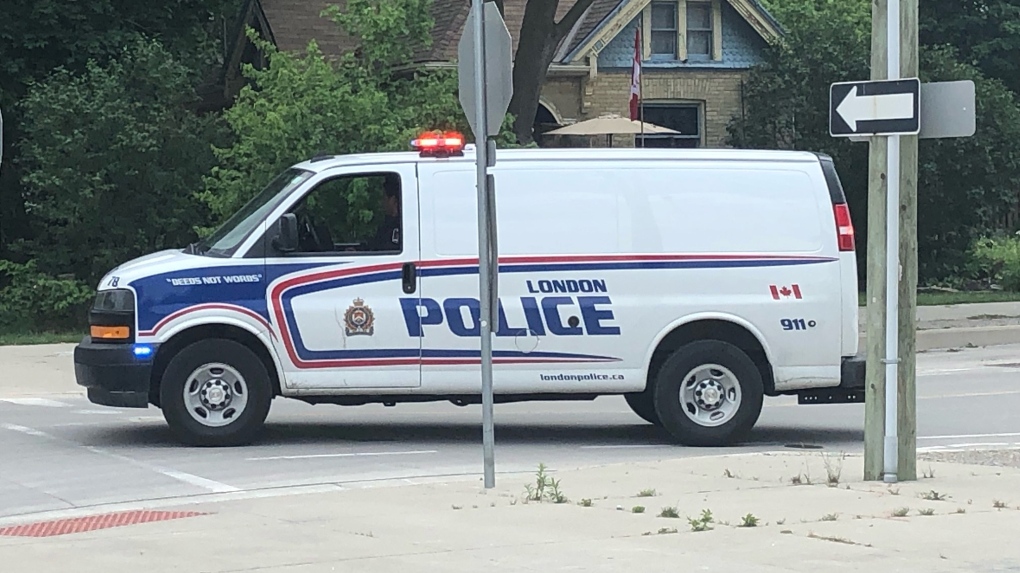 London police investigate a suspicious death in the area of Nelson and Colborne Street on June 9, 2021. (Jordyn Read/CTV London)

LONDON, ONT. -- A man’s body has been found in a grassy area in London’s SoHo neighbourhood, prompting a suspicious death investigation.

London police say they were called to area around 6:50 a.m. and located a body in a grassy section south of the Colborne Street and Nelson Street intersection.

Police say they will have a presence there for most of the day and are asking the public to avoid the area.

“While we are unable to share specific details related to the investigation, we can say that evidence at the scene raises suspicions of foul play. However at this time nothing has been ruled out,” says Cst. Sandasha Bough.

A drone could be seen being used as part of the police investigation.

An autopsy is scheduled to take place Thursday.

No other details have been released at this time.

Police say they will provide more information as it becomes available.