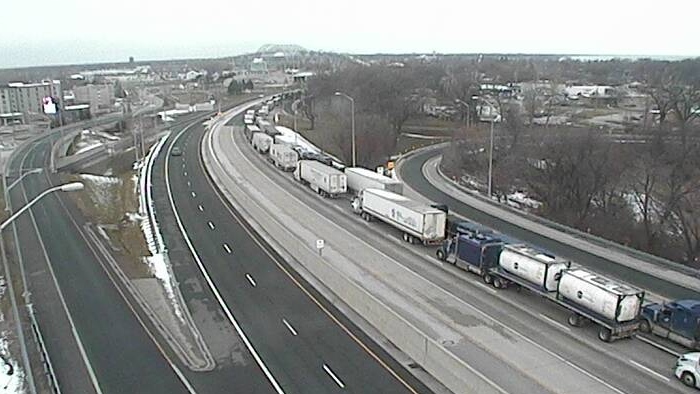 Ministry of Transportation cameras showed a long line of trucks along Highway 402 in Sarnia, Ont. even after the bridge was reopened around 9:30 a.m.

There are no details on why the bridge was closed, but Lambton County OPP were reportedly searching for a missing person in the area.

#LambtonOPP are actively searching for a missing person in the Bluewater Bridge area, assisted by OPP Aviation. Expect a greater police presence in the area while the search is underway. More details when available. ^dr pic.twitter.com/sVmOVjBwXS

It's unclear how long it might take for the traffic backlog to clear and driver are being asked to expect delays.