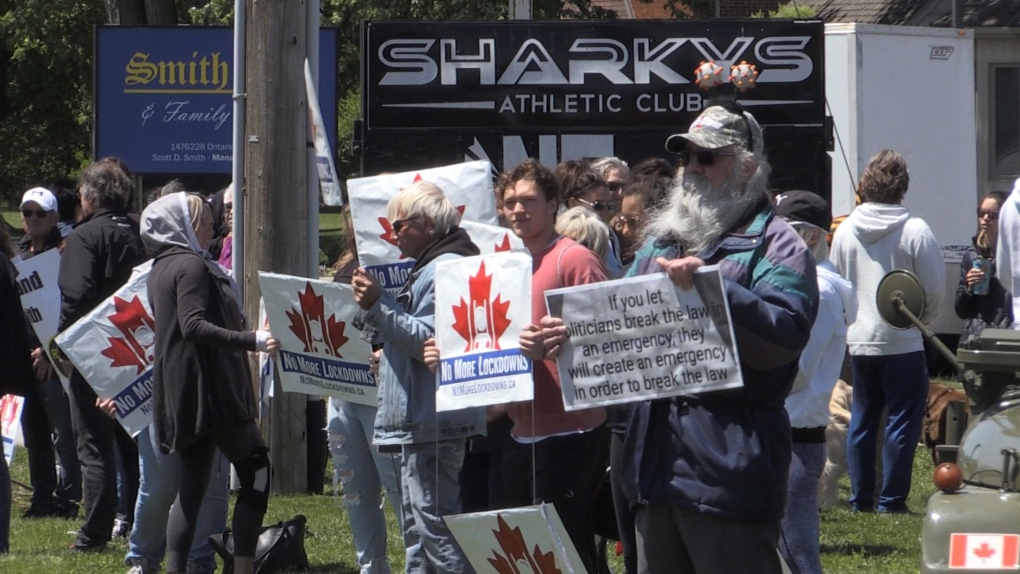 LONDON, ONT. -- Another anti-lockdown protest in Sarnia Saturday attracted close to 100 people to the parking lot of a controversial health club.

The demonstration took place at Sharky’s Athletic Club on London Line, and was held in support of the business, along with Rush Fitness Studio on Exmouth Street in Sarnia.

Both businesses have defied the provincial order to remain closed. Sharky’s is facing a $100,000 fine for opening.

Owners Cindy and Bill Van Hoogenhuize have a provincial court date of July 15.

"You just have to stand up and everybody get off their knees, and everybody needs to expect that the government’s going to follow our lead and freedom instead of communism," said Mr. Van Hoogenhuize.

Health clubs are slated to open in phase three of the province’s reopening plan- which could be well into August, when 70 to 80 per cent of adults have one dose of vaccine, and 25 per cent are fully vaccinated.