A staff report to the Planning and Environment Committee recommends expanding city hall’s management plan for gypsy moths to include the aerial spraying of a bacteria onto several infested parks.

European gypsy moths are an invasive species that defoliates trees and drop pellets of feces from overhead.

Their cyclical population has been climbing in Byron, Hyde Park, and Argyle despite traditional population controls including egg removal.

“Each summer they’re all throughout these branches and leaves,” explains Kaitlyn Burden in her back yard in Byron.

The large tree has harboured thousands of invasive gypsy moth caterpillars over the past couple summers.

“We had to cut down some of our tree because it was rotten from caterpillars eating it,” she adds.

Multiple years of defoliation has many city trees struggling to survive according to Manager of Urban Forestry Jill-Anne Spence.

“Once they (trees) start to decline, its very hard to get them back to a healthy state,” Spence warns.

Health Canada has determined, “Btk poses little threat to human health either through handling products directly or through indirect exposure such as through a spraying program.” 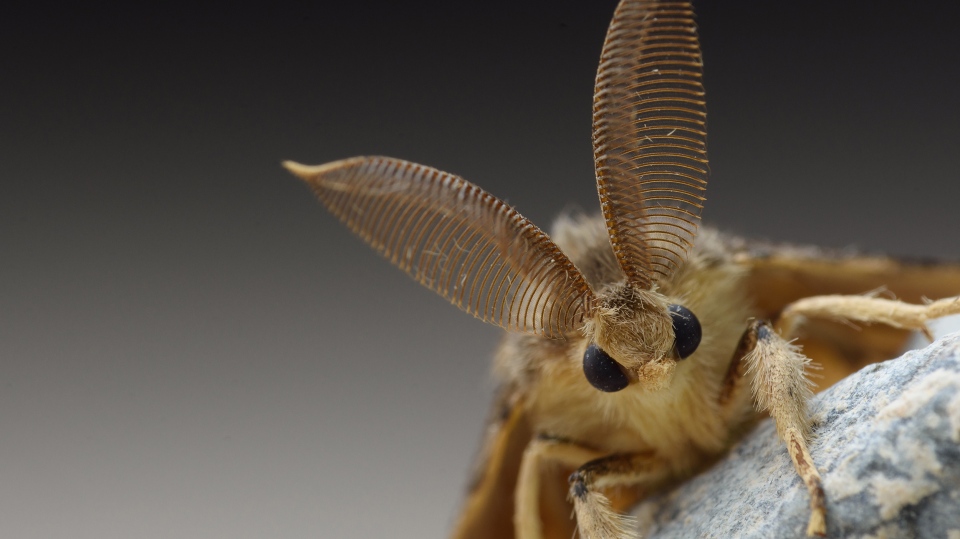 The Gypsy moth or Asian gypsy moth can cause damage to trees and shrubs. (Shutterstock, CNN)

London last sprayed Btk in 2009 when there was a similar surge in the gypsy moth population.

“It was effective to manage just for that year, and help trees get through being defoliate,” says Spence.

Egg removal and other management techniques will continue in other parts of the city.

If the city receives regulatory approval to spray the parks, it will be preceded by extensive communication with neighbours.

Public education will continue to help Londoners address infestations on their private property.

The Planning and Environment Committee will consider the report next week, and applications to spray the parks will be filed with senior governments pending Council approval.