Ontario Provincial Police and the London Police Service say a criminal organization selling illegal cannabis around the world has been dismantled.

Investigators say they became aware of "large-scale distribution of illegal cannabis and cannabis derivatives" and cocaine trafficking in the London, Ont. area.

According to police, the organization was operating an illegal cannabis website with delivery to London, Kitchener, Hamilton and Toronto, and was involved in exporting across Canada and to Europe and South America.

Det.-Insp. Jim Walker called the group a "sophisticated criminal organization" and added that legalization has not removed organized crime from the market.

"Since legalization, countless cannabis-centred online platforms have surfaced in the marketplace, creating avenues of illegal online cannabis providers to advertise and sell cannabis via e-commerce...So, any individual on any given day can go on the internet and find one of hundreds of illegal online providers in Ontario."

On Nov. 3, 15 search warrants were executed in six southern Ontario municipalities with the assistance of local law enforcement. 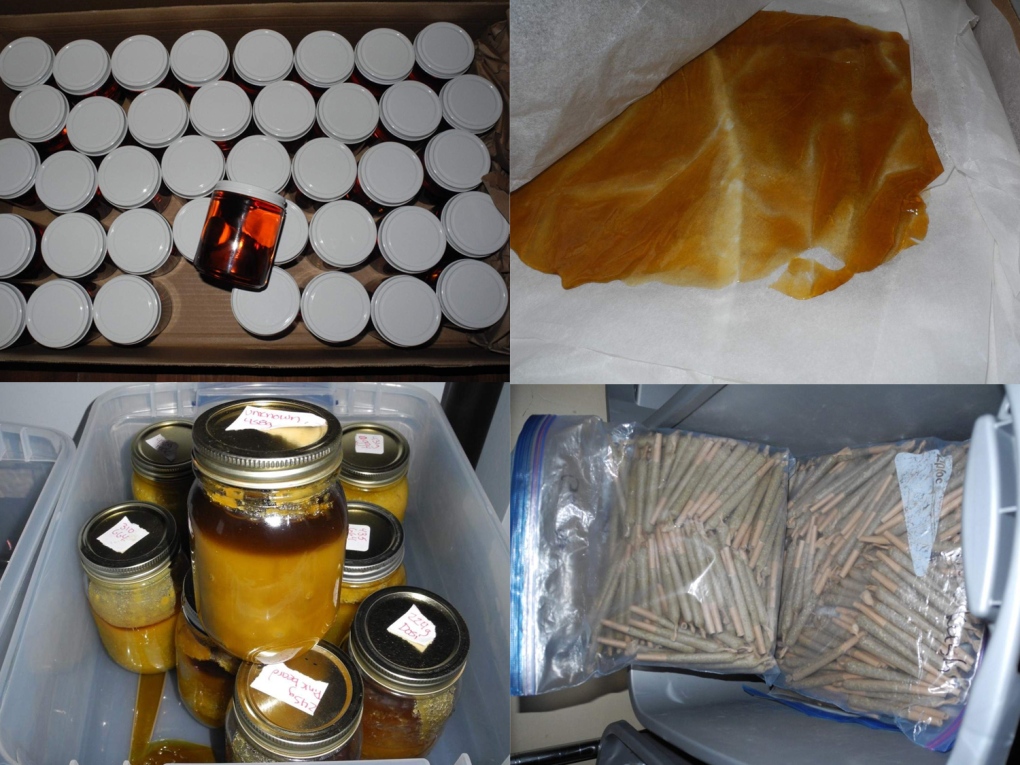 Among the items seized by police were:

London police Det.-Insp. Paul Waight said, "Like many other cities, London has been directly impacted by the illegal drug trade and the dangers that are associated with it. We know that where we find illegal drug trafficking, we often find weapons dangerous to our community, and this project was no exception."

In addition, police say two dangerous cannabis extraction labs -- in Brampton and Middlesex County, near London -- have been dismantled.

"These labs are often operated by unqualified individuals. They usually contain highly flammable and explosive and toxic substances. The dangers of extraction labs include the risk of fire, explosion, harmful fumes and chemical exposure, as well as environmental damage and waste," Walker explained.

Project Gainsborough began in June 2020 and has now resulted in 118 charges against 21 people who police say are all members or associates of a criminal organization. A full list of charges is available here.