LONDON, ONT. -- Father-and-son projects are central to many upbringings and it’s certainly the case for Jason Smith and his son Jakob.

The pair are building unique Canadian flags out of wood pallets and, in a truly Canadian tie, discarded hockey sticks.

Their art alone is worth noting, but the story of their working relationship goes well beyond it.

Jason says his son Jakob, or just ‘Jake’ as most people call him, is his shadow.

That’s especially true in the family garage which serves as the pair's wood-shop assembly line.

“This is something we do in a controlled environment. We get to spend time together. He enjoys it, I enjoy it, so it’s fantastic.” 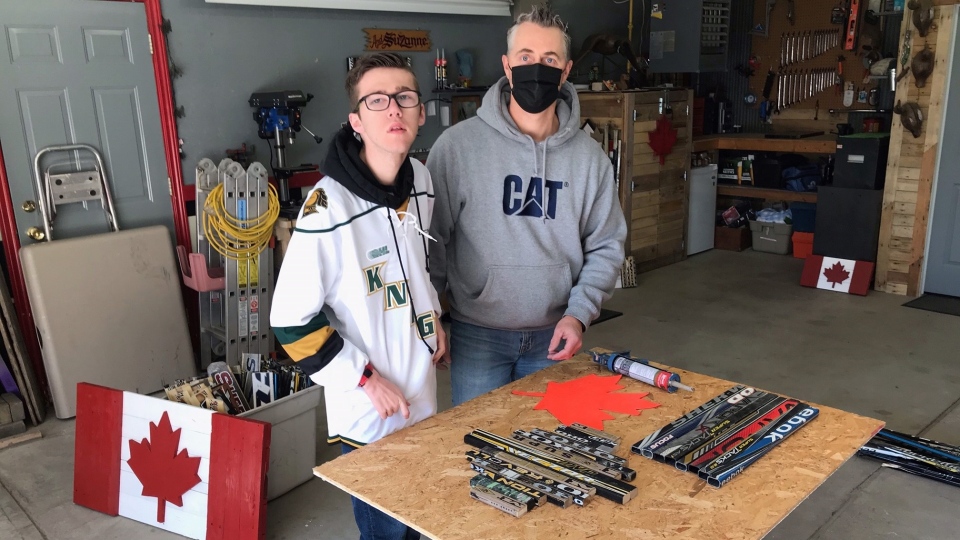 Jake, 19, is non-verbal and while a wood-shop may not typically be a safe environment for him, Jason ensures all the sharp tools only come out when his son is not around.

Jake is a key part of the process of laying out each Canadian flag project. Some of the pallet wood and old hockey sticks used are left in their original state, while others have been painted to match the national flag.

While Jake does not get to handle the saws, Jason says he loves to drill.

But, like many things, the process has been hurt by the pandemic.

Their supply of hockey sticks has dwindled, just as orders soar.

“It’s gone to a list of 50 to 60 people wanting them right now. The unfortunate part, no (hockey) sticks.”

While an online posting has resulted in more than two dozen donations in recent days, including one unnamed NHLer who donated some examples for a charity project, more sticks are needed. 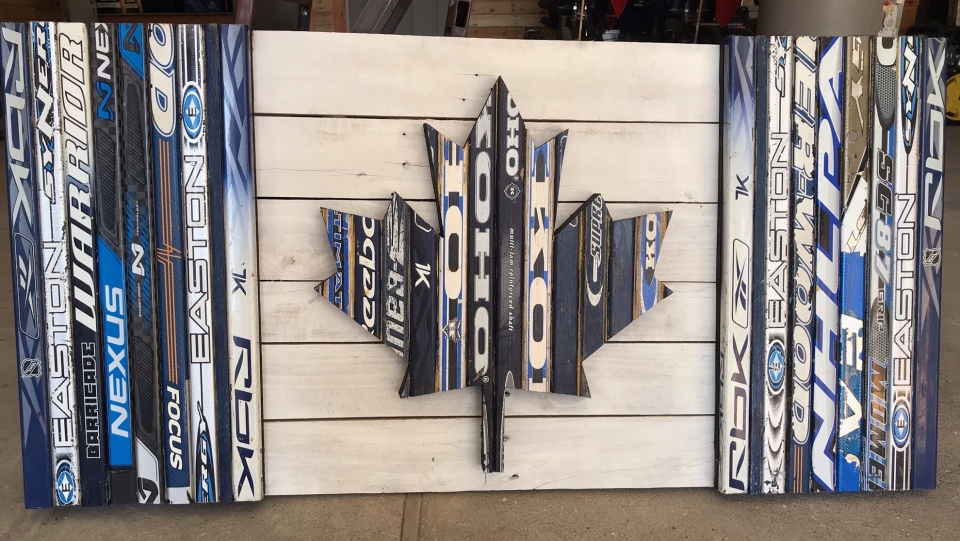 To help, Snipe Hockey Academy, at 1211 Hyde Park Rd., has offered to collect unused sticks in a bin outside their facility. You can also text an address to Jason directly for potential pickup at 519-282-1576.

The donated sticks' shafts need to be in decent condition in order to be usable.

Please share : Meet our friend Jake and his Dad Jason. They spend their time making these amazing flags for people. ...

“Once sticks come in Jake and I will be hard at it, and putting something together, and it may take a bit to get through, but we’ll do it.”

While the pair generally make just one size, they have made a few smaller examples and are considering larger projects.

“We could probably custom build whatever,” Jason stated to CTV News as Jake made an audible sound seemingly in agreement.

The pair charges $150 for the standard size wooden flag. Jason says every dollar goes into an investment for Jake’s future.

“With special needs, you have to worry what happens to them when you’re long gone.”

But for now, what’s happening is simply a father and son, spending time together on a hobby they love.