LONDON, ONT. -- A needle in a parkette directly across from St. Thomas City Hall. It's an ongoing problem for downtown business owners along Talbot Street.

"Sometimes I find needles, my front step littered with garbage and there is nonstop drama, it’s never ending," says Timothy Van Dusen of Swipe Right Repairs, who describes what he finds when he arrives to work in the morning.

Van Dusen says the main drag in the city is becoming the equivalent of Dundas Street in London, Ont. or a miniature version of Hamilton, Ont.

"We are like any other community dealing with poverty, mental health, homelessness and addictions. Those social issues are driving property crime up." 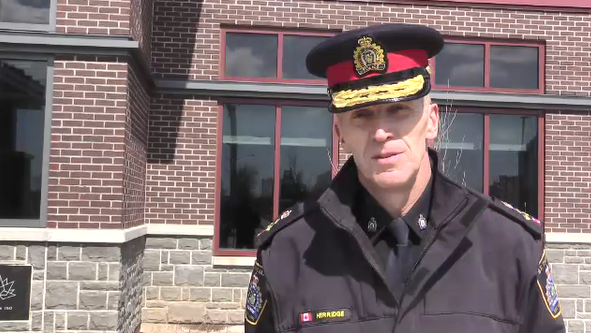 Herridge says incidents over the past four years have increased by over 8,000. He wants to some help to triage those calls away from police.

"I certainly appreciate our community partners, they're doing the best they can with the resources they have as well, but they are the experts, we're kind of doing two jobs we're doing policing and we're doing social work as well," says Herridge.

"It's equating asking health workers to do policing, but they are strapped, they are overwhelmed with all the issues that we are faced with in society. It's falling on the...police officers to deal with all of these issues. It's a disservice to that person in crisis and I don't think it's fair to policing to accept all this responsibility either."

Herridge stresses Talbot Street is safe when it comes to violent crime. However the petty crime is a major issue.

He says the job of the STPS is to bring people before the courts, but frustration mounts when criminals know they will be released.

He gave one example of an offender who was charged with 108 breach of release conditions last year.

Three received a conviction, 47 were withdrawn and 58 remain before the courts.

"That's a message sent to criminals that they can get arrested and released," says Herridge. "It's circular justice and they know it."

To aid the police he'd like to see rehabilitation centres, court-ordered treatment and street outreach teams. He says he needs support on the streets to aid police officers when needed.

"For example, if we're dealing with someone in crisis at two o'clock in the morning and they have an addictions issue, we need a place where we can send that person, so they can get the support they need," says Herridge.

He's been working closely with local officials and is looking forward to the housing initiative and supports being put in place by the city. Later this week he'll meet for a third time with community partners to discuss how to deal with these issues. 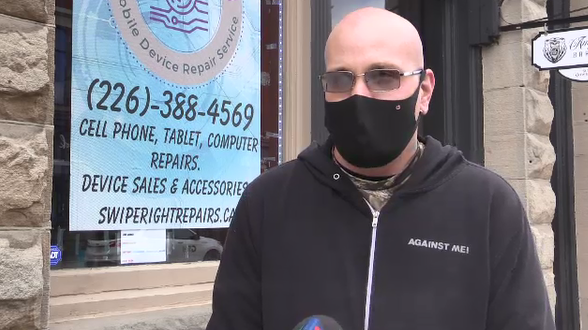 In the meantime Van Dusen says he's sick of picking up garbage and needles in front of his store. He's also beefed up his security system.

"We've installed a doorbell camera to record everything coming up the steps, we've made sure our DVR never does down and have put bars on the windows," says Van Dusen.

Herridge also issued a note to the business community stating if they need help, don't hesitate to call.

"Ultimately, our goal is to support some of our community’s most vulnerable members, to clean up the downtown core, and to enhance the quality of life in our city," says Herridge.