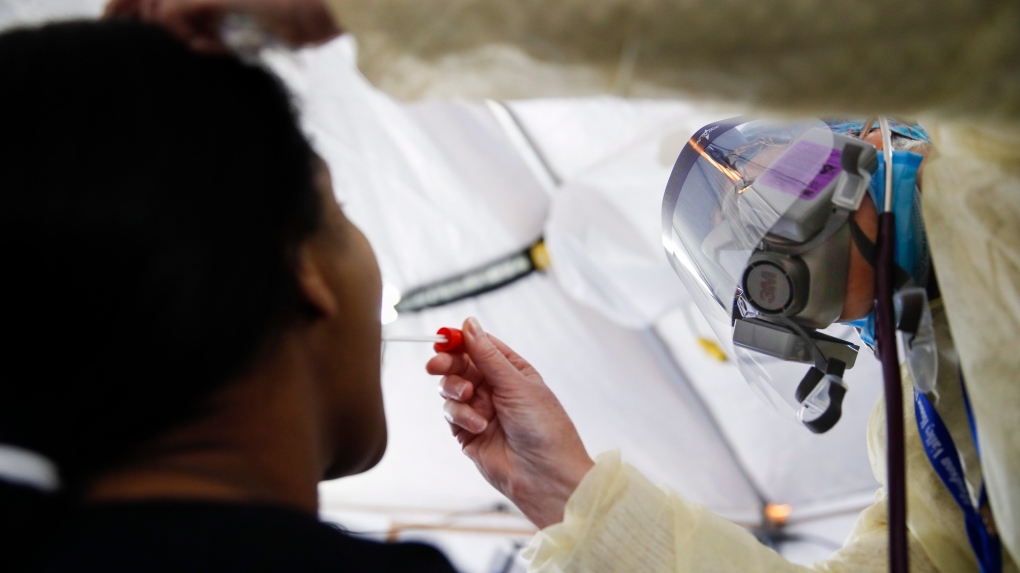 MIDDLESEX COUNTY, ONT. -- The Middlesex-London Health Unit is reporting three new COVID-19 cases in the region, bringing the running total to 461, and one new death as of Wednesday.

He is the first nurse in Ontario to die of the novel coronavirus, according to the Ontario Nurses’ Association.

His death brings the total linked to long-term care and retirement homes to 26, and the total number in the region to 46.

Outbreaks continue at 10 seniors’ facilities in the region, including Kensington Village, but the number of cases linked to those facilities was unchanged Wednesday, holding at 140.

That means all new cases involve community transmission. All three are inside the City of London.

The number of resolved cases in the region rose to 306 Wednesday, up three in the past 24 hours.

Southwestern Public Health is reporting five new resolved cases in Elgin and Oxford counties, bringing that total to 52 of the region’s 63 cases.

There were no new cases reported there on Wednesday and no new deaths, of which there have been only four to date, the last reported on April 22.

One new case was reported Wednesday in Sarnia-Lambton, bringing the total there to 204, including 146 resolved, also an increase of one in the last 24 hours.

There were no new deaths reported, with that total holding at 17.

Only one active outbreak continues in the region at the Vision Nursing Home in Sarnia.

As of Tuesday, no new COVID-19 cases had been reported by either Huron Perth Public Health or Grey Bruce Public Health.

Huron and Perth counties have seen a total 49 cases, including 41 resolved and five deaths.

There have been no new cases or deaths there in more than a week, but outbreaks are still being dealt with at; Blue Water Rest Home (one resident), Braemar Retirement Centre (two staff members) and Exeter Villa (one staff member).

Grey and Bruce counties have a running total of 90 cases, including 72 recovered and no deaths.

Outbreaks continue at Parkview Manor in Chesley and Golden Dawn in Lion’s Head.

Across the province, the total number of cases rose by 329 with 40 new deaths.

No proof smokers protected against COVID-19: epidemiologist explains how studies get misinterpreted

The Canada-U.S. border could be closed for another month

Who is eligible for the Canadian government's new COVID-19 aid for seniors?

'Ready to reopen': How Tim Hortons is preparing to reinstate its seating areas

'Tragedy for all of us': Ontario nurse working in long-term care home dies of COVID-19

Coronavirus and the Spanish flu: Comparing two lethal pandemics, separated by a century