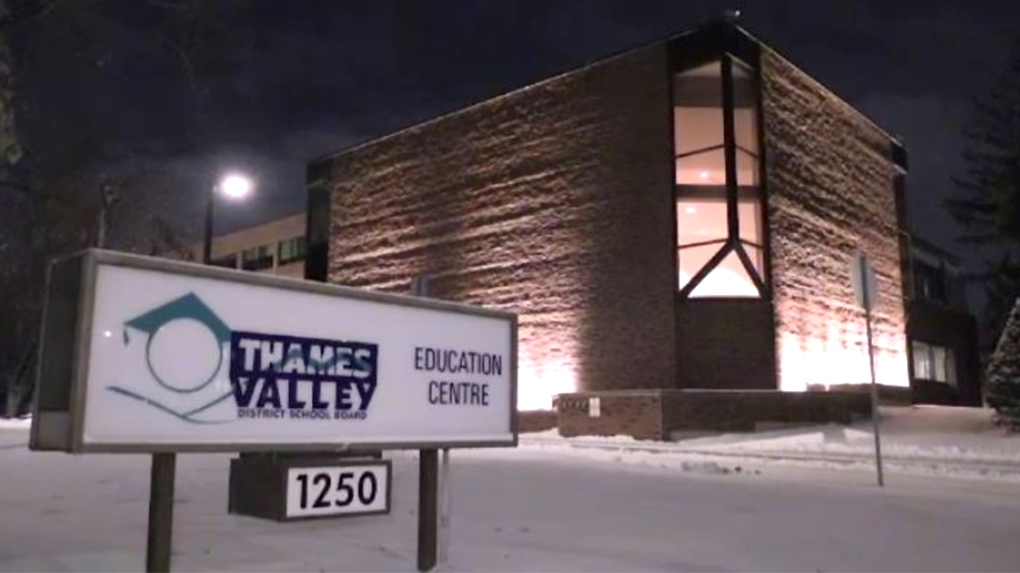 TORONTO -- High school teachers in 10 school boards across Ontario, including in London and Sarnia, will hold a one-day strike next week -- the third in a series of strikes amid tense contract talks.

The Ontario Secondary School Teachers' Federation said the job action will take place on Wednesday in certain boards, while teachers in other boards will hold information pickets in front of schools and provincial politicians' offices.

Union president Harvey Bischof said since the last day of bargaining on Dec. 3, they have seen no change in the Progressive Conservative government's plan to increase class sizes and institute mandatory e-learning.

"We hope that the (Doug) Ford government is ready to negotiate a fair deal," Bischof said in a statement. "A deal that is good for students, good for education workers, good for teachers, and good for our province. But if not, we're ready to fight for their future, and we will use every tool available to us to do so."

The union has talks with the government scheduled for Monday and Tuesday.

Education Minister Stephen Lecce said compensation is a key issue at the table, with high school teachers asking for a roughly two per cent increase and the government offering one per cent, as per the legislation.

"If there were any question that this wasn't about salary, those doubts were put to bed when the four teacher unions launched their challenge to legislation that deals with compensation increases for the public service," he said in a statement Friday.

The teachers have been without a contract since their last deal with the government expired at the end of August, along with contracts with all public education staff in the province. The government has inked deals with two unions representing education workers, but remains at odds with the major teachers' unions.

The government announced in the spring that it was increasing average high school class sizes from 22 to 28 over four years and requiring four online credits to graduate. In recent weeks, it has offered a class-size increase to 25 instead, and dropped the e-learning requirement to two courses.

But the teachers don't want any mandatory online courses or any class size increases. They note that the government's offer of increasing class sizes to the lower target of 25 would also mean local class size limits are removed, essentially allowing the province to see the number of students per class climb indefinitely.

The boards affected by the upcoming Dec. 18 strike are:

This includes ALL secondary schools and Adult and Continuing Education. All out-of-school activities (e.g. field trips, sports, etc.) will be cancelled. Parents/guardians should make alternate arrangements for their children if required. (2/2)

This report by The Canadian Press was first published Dec. 13, 2019.