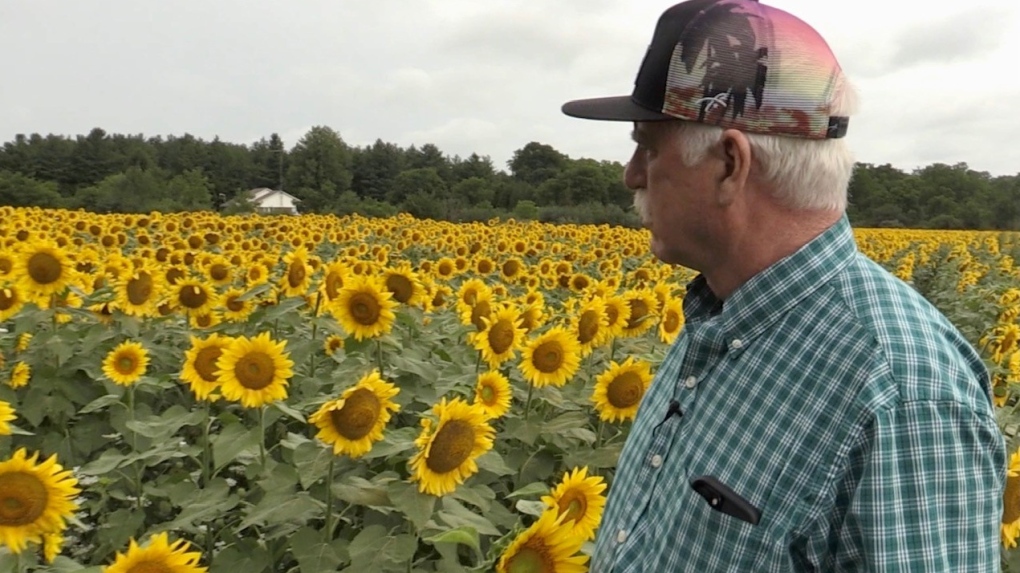 A St. Thomas area farmer has turned his darkest day into the brightest field in the London region.

Jay Curtis, 59, has thousands of sunflowers in bloom on several acres of land.

The flowers are a way of giving back to healthcare workers following a personal bout with cancer.

At 57, a PSA test and a follow-up biopsy confirmed a diagnosis of prostate cancer. “It changes the way you look at life after you go through something like that,” Curtis tells CTV London.

Grateful for his quick recovery, Curtis decided to plant sunflowers as a fundraiser for the London Health Sciences Centre (LHSC). His first effort raised over $10,000 in donations and revenue from selling the seeds for cooking oil. Now, the second season will go towards his area hospital. 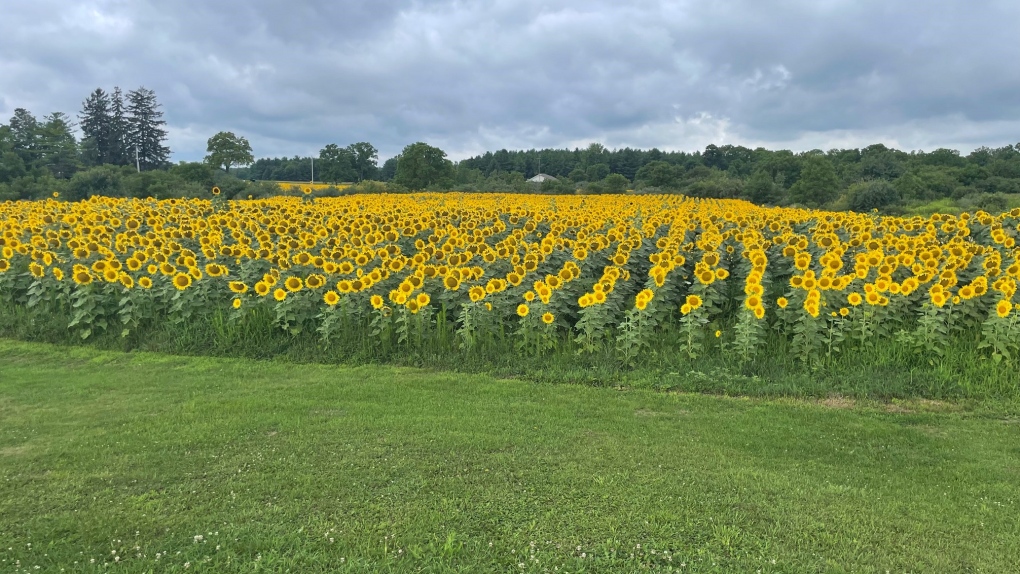 “This year, we went with the St. Thomas local hospital, just for the chemo department. Last year was about me and what I did. This year is about other people.”

And that extends to the fields, where a neighbour offered up his pasture land to expand the “Sunflowers for Hope” project.

“It’s been a trying time for the last couple of years,” Mike Bechard reflects as he thinks of his neighbour’s battle with cancer. 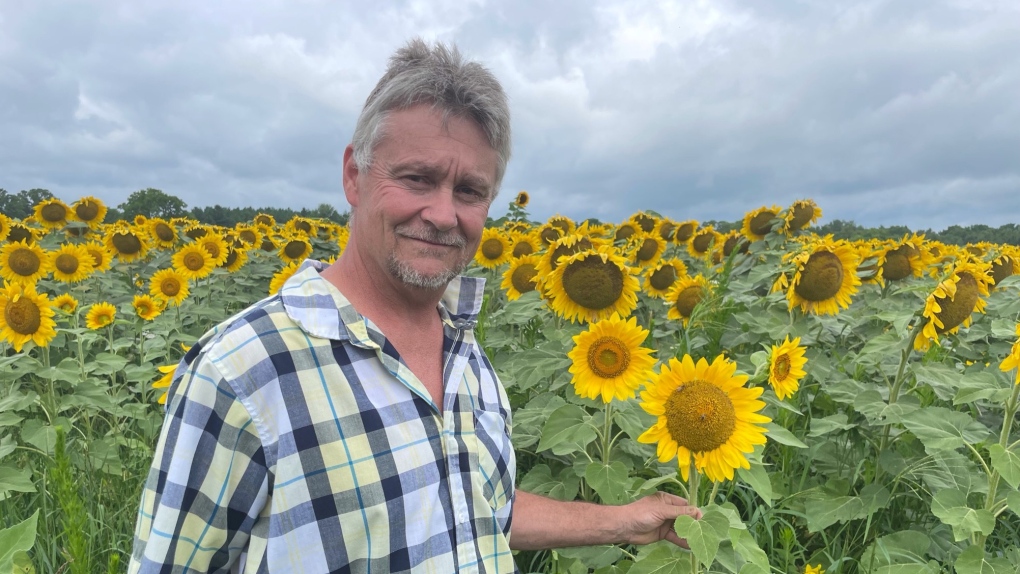 Mike Bechard donated some of his former pasture land to expand the Sunflowers for Hope Project. (Sean Irvine/CTV London)

He says the decision to proceed with the crop was an easy one to make. “And if we can give back to the community and to the medical department, it would be great, because we’re all affected somehow,” Bechard said.

It's a point echoed by Curtis, who often wonders if his fields will be visited by others battling cancer and looking for hope.

“I’ve been there. It can end well, and that’s the message. Never give up hope!”.

The sunflowers are located on Mapleton Line, just north of St. Thomas. The public is invited to walk through the fields and take pictures. More information can be found here.