As flood relief continues to arrive in British Columbia, soldiers in London, Ont. are training in the event they are needed for a disaster situation like the one in western Canada.

The 31 Canadian Brigade Group (CBG) are reserve Army soldiers from southwestern Ontario, and are at Wolseley Barracks this weekend practicing 'Operation Trillium Dragon.' 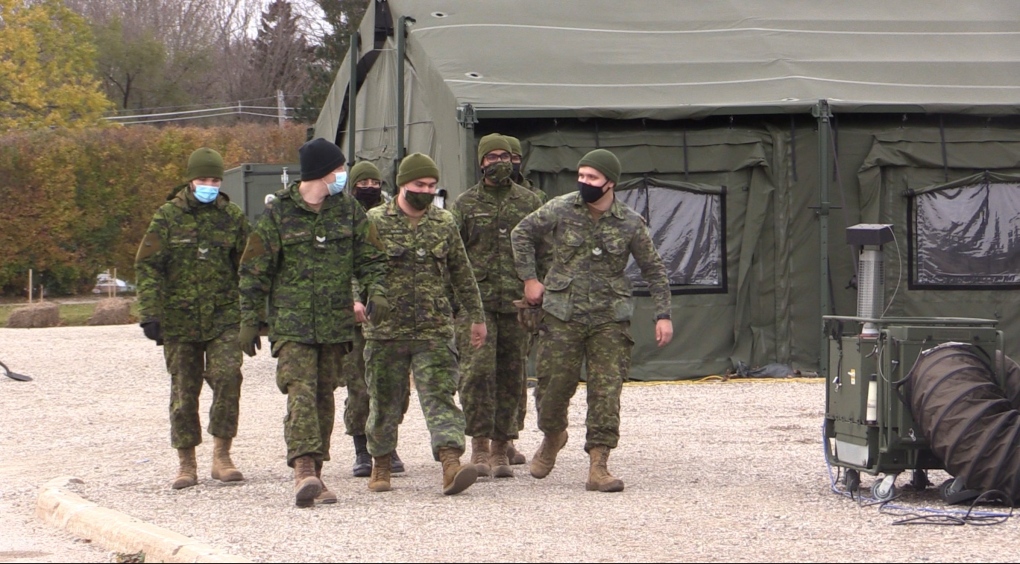 "What we are exercising is our ability to respond to a natural disaster," said Lt. Col Alex Colic. "We have three headquarters in Ottawa, Toronto and London, and each one of our headquarters has been given a problem. We have approximately 100 staff working collaboratively going through the problem."

These types of exercises are real-life training and should the flooding in British Columbia have happened close to home, hundreds of local soldiers would be called to duty.

"We are here working through similar problems," said Colic. "It's most likely that if the operation in British Columbia continues for a longer period of time, there will be soldiers leaving from Ontario to support our fellow Canadians in British Columbia."

"It's a modular structure, which allows us to operate a headquarters for a battalion out of it," says Cpt. Edmund Lam of the 31 CBG. "It's mobile so we're able to pick this up and move it but right now we have it deployed in London. In this tent system, we'll be doing a lot of the planning process for domestic operations and staging out of this area in London." 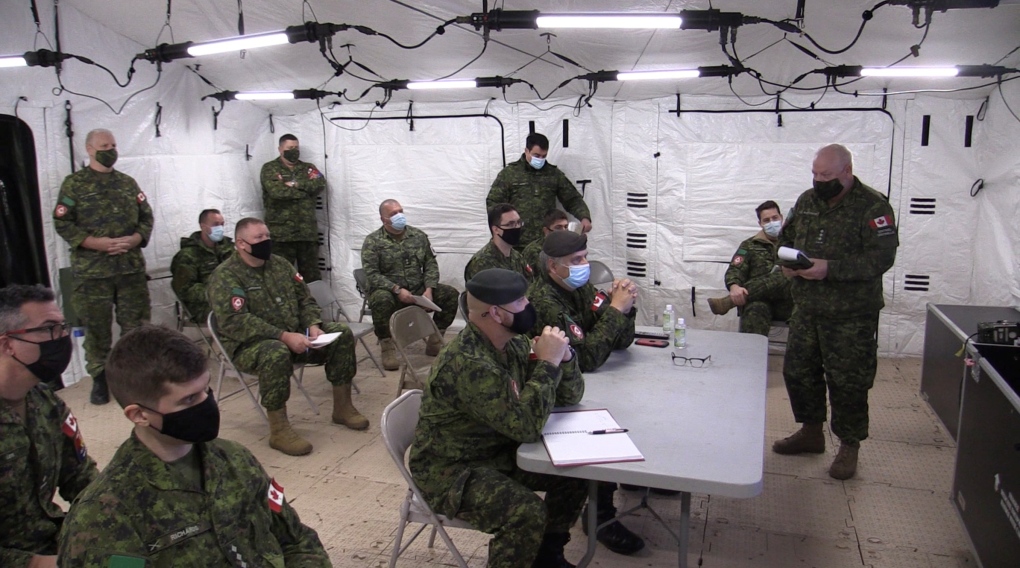 The 31 Canadian Brigade Group practices emergency disaster relief in London, Ont. on Saturday Nov. 20. (Brent Lale / CTV News)This weekend's exercise is simulating the response to a Forest Fire in Northern Ontarioand what would happen if they need to evacuate a community to London.

"I'm working with corporals and privates, to make sure all our computers, networking and printers are working so our officers can communicate with Toronto and Ottawa for command and control," said MCpl Navin Peter. "We run this exercise so we can help the local community, and our fellow Canadians with any disaster response."

Should a disaster happen in Ontario, London could be a site where evacuated citizens are transferred.

"So we're going through where are they how do we get them here?" says Colic. "Once they are here, what support are they going to need? What medical support? What infrastructure sustainment, food, water, etc. We're working through that whole problem to evacuate 200 individuals from the north. We hope we never have to do that. But by going through this type of planning process, if we were ever to need to do that, we'd be much better prepared."

Soldiers in London this weekend say they do this type of training routinely, so they can respond quickly to Canadians in crisis just like in B.C.