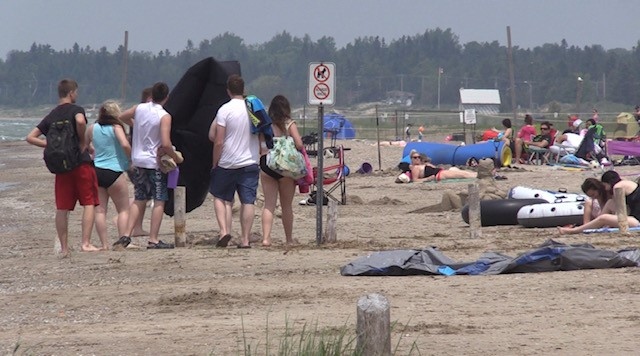 The closing arguments in a decades-long struggle over the ownership of Sauble Beach will come to an end this week.

Final arguments are being presented in a Toronto courtroom over who owns the two-and-a-half kilometres of Sauble Beach shoreline, stretching north of Sauble Beach’s Main Street.

The Saugeen First Nation says an 1857 treaty rightfully names them as the owners of the stretch of sand, while the Town of South Bruce Peninsula disputes that claim, saying they own it.

It’s a lucrative piece of property, bringing in hundreds of thousands of dollars in tourist parking revenue each summer.

A 2014 mediated settlement would have given ownership of the disputed land to the Saugeen First Nation, but the Town of South Bruce Peninsula voted against the settlement, forcing a trial, which started in November 2021.

Final arguments wrap up this week, but a decision is months, possibly years away.

Hundreds of homes have been inundated in and around Australia's largest city in a flood emergency that was causing trouble for 50,000 people, officials said Tuesday.

The federal government says it has signed a $20-billion final settlement agreement to compensate First Nations children and families harmed by chronic underfunding of child welfare.