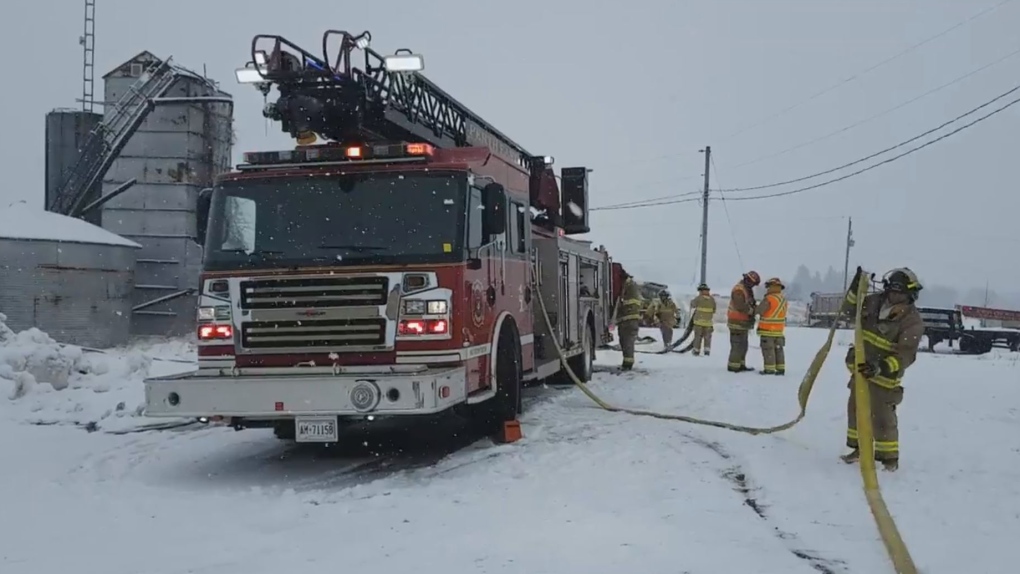 WINGHAM, ONT. -- For the second time in three weeks, a person has run into a burning building in Perth County.

Fire officials says last Friday, an employee of a farm-based business near Nithburg, Ont. had returned to work to pick up some tools, when he saw the business was on fire.

In mid-February, two people ran into a home on fire north of Rostock.

They made it out unscathed, but the fire prevention officer for the West Perth and Perth East Fire Department says they were all lucky to make it out alive.

James Marshall says, “We’ve been very lucky with these past two scenarios. I’m afraid the next individual, their luck might run out.”

Incredibly quick response and knock down at this rural commercial business #fire in @pertheast
Once again an individual entered the burning structure and needed transported to hospital.
We can't stress enough to stay out of smoke filled structures!@thebeaconherald @Media371 pic.twitter.com/M5fsUOsN5g