Proposal to allow dogs in breweries, on patios would clear up a grey area 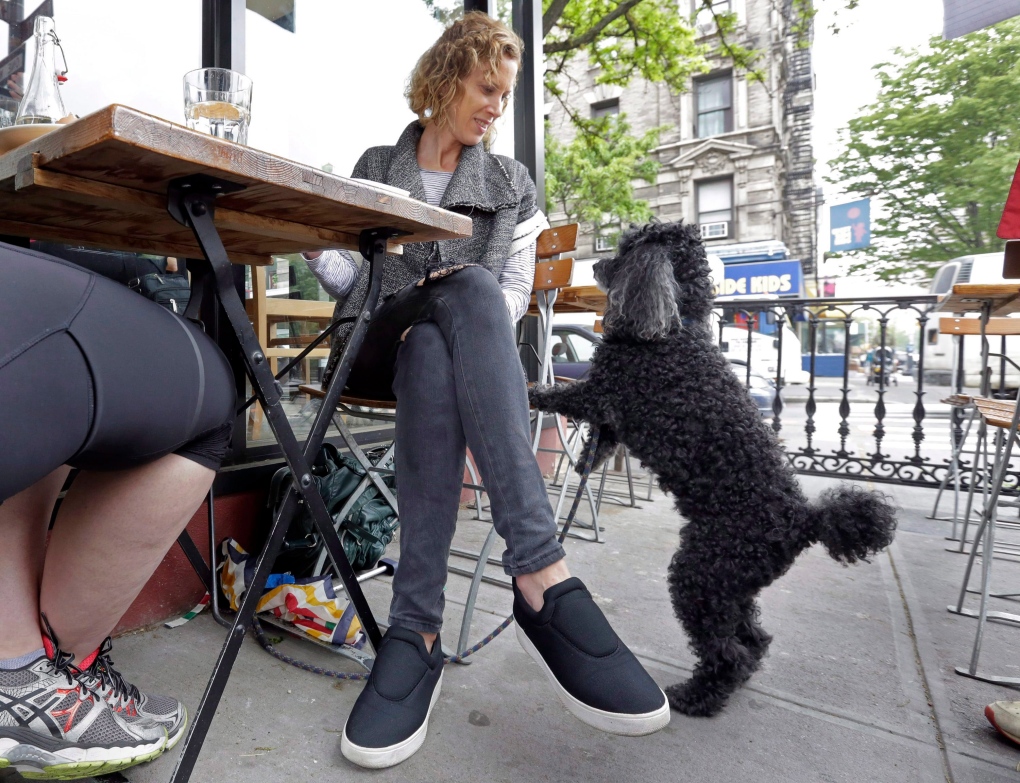 Second Wedge Brewing had welcomed patrons and their dogs for years. It even had its own in-house pup.

The Uxbridge, Ont., brewery did not serve food so a health inspector initially said it was fine to allow dogs in. But when a customer complained, manager Emma Wigglesworth said she realized the company was operating in a grey zone.

So she welcomed news of the Ontario government's proposal this week to allow dogs onto restaurant patios and into breweries that sell "low-risk, pre-packaged foods."

Premier Doug Ford's government proposed the change in a bill that also called for 24-hour alcohol service in airport bars.

"We're thrilled, any progress this way is fantastic," said Wigglesworth, who added they launched a petition this summer to allow dogs in breweries.

She said they received about 7,000 signatures after about 40 breweries showed their support.

Second Wedge said the rules were not always clear. At first they were told by health inspectors to get rid of all their food so dogs could roam their premises.

Then they say the regional food inspection agency deemed that they were still considered a food premise if they sold beer.

For now, they're allowing dogs on a day-to-day basis, but they hope new legislation will smooth things over.

In Toronto's west-end, Henderson Brewing's co-founder Steve Himel said their very first customer came in with a dog. It then started a tradition of canine-themed events like "Dogtoberfest" and "dog socials."

"I'd say no day goes by when we don't have 20 dogs come through the brewery," said Himel.

"In our brewery tap room where we might have 20 people who don't know each other, often times a dog creates an environment of welcoming, of sharing. Having dogs is like a cheat."

But Himel soon learned that his brewery was also operating against regulations after health officials told them that no dogs would be allowed inside, even if they didn't serve food.

Today, Henderson Brewing still allows dogs after city officials said they can continue the practice if they stop advertising dog-themed events like holiday-themed photoshoots for pets.

"It's something that some breweries have been concerned about a little bit because it's a bit of a grey area for breweries that have licenses like we do where we don't serve food," said Brent Milcz, operations manager at Fairweather Brewing Company.

Milcz mentioned that they have rules for dogs to help people who might not appreciate a canine presence, which includes keeping it under control and from barking too loud.

Second Wedge said it's still up to each brewery and restaurant whether they allow dogs, and that people will be able to find alternative venues if they don't like dogs.

NDP critic Catherine Fife criticized the proposal when it was introduced on Wednesday, saying "this government is obsessed with booze."

"It's like they're incapable of writing a piece of legislation that doesn't involve alcohol liberalization," she said.

The Progressive Conservatives have made a number of changes to alcohol since they came into power last year and campaigned on introducing buck-a-beer to the province by lowering the minimum cost of a can of beer.

"I get that's a narrative, and there is truth to it, that this government is focusing on a lot of things related to alcohol," he said. "But this to me is more just a common-sense rule that's being applied to patch up a grey area."

Back in Toronto, Himel said he's "thrilled" about the news as a brewery owner, but said that it should be an issue dealt with by cities rather than the province.

"The provincial Conservatives have, for whatever reason, decided to make beer an important part of their platform and as a citizen in the province, I don't really understand why there's this emphasis," he said.

"I could probably create a list of 100 things, probably even 10,000 things more important than dogs being allowed in breweries."