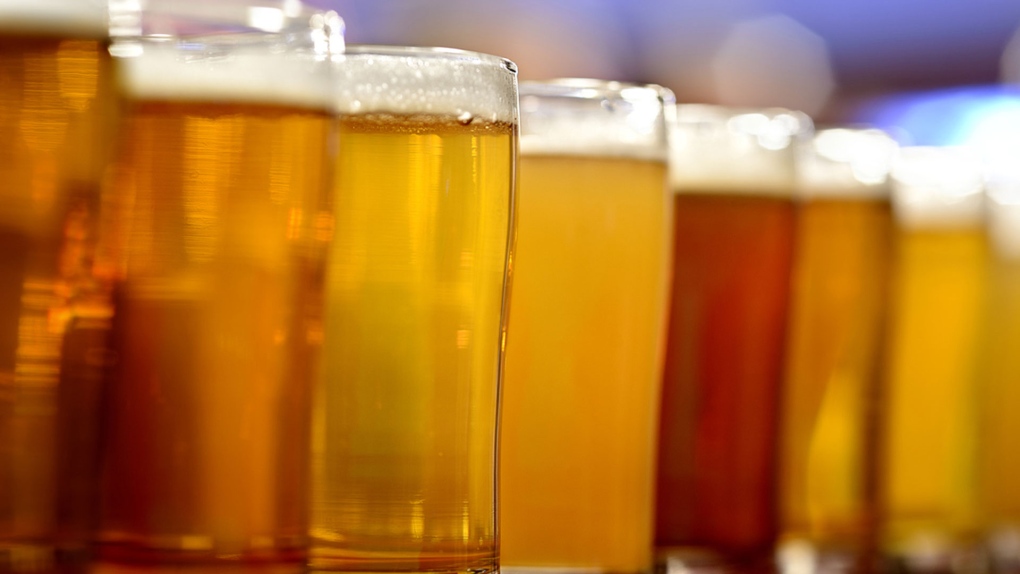 Glasses of beer are seen in this undated photo. (AFP)

TORONTO -- People in Ontario will likely soon be able to drink around the clock in airport bars, take their dogs onto patios and into breweries, and bring home as much booze as they want from other provinces.

The proposed loosened alcohol restrictions were among dozens of measures in a bill tabled Monday to ease red tape and regulations. The legislation also tackles rules around trucking, mining, pensions and several other sectors.

Under the proposed law, bars and restaurants that are located after security in certain commercial airports in the province could serve alcohol all day. They are currently restricted to between 9 a.m. and 2 a.m.

The government said the move to allow 24-hour alcohol service in airports would bring Ontario in line with rules elsewhere.

"I think it just speaks to the general process of our government trying to be open for business and ensuring our regulations are modern and compliant," said Prabmeet Sarkaria, the associate minister of small business and red tape reduction.

As well, dogs would be allowed onto restaurant patios and could also be brought into breweries where only beverages and "low-risk, pre-packaged foods" are served. The government said the rule changes would make it easier for dog owners to have a meal or drink while they're out with their pet, and mean business owners aren't missing out on potential customers.

The bill also proposes to remove limits on how much alcohol adults in Ontario can bring home from another province for personal use. Currently the restrictions are up to nine litres of wine, three litres of spirits and roughly three 24 cases of beer.

The government said scrapping those limits would bring Ontario in line with other provinces that have already lifted them, such as Alberta, Saskatchewan, Manitoba, Nova Scotia, and Prince Edward Island.

The Progressive Conservatives -- who campaigned on a promise to introduce buck-a-beer -- have made a number of changes to alcohol rules since they came to power last summer, and are looking to rip up a deal with The Beer Store in order to put beer and wine in corner stores.

"This government is obsessed with booze," said NDP critic Catherine Fife. "It's like they're incapable of writing a piece of legislation that doesn't involve alcohol liberalization."

The spring budget also highlighted a number of changes to booze rules, including allowing municipalities to pass laws permitting people drink in parks or other designated public areas, permitting licensed establishments like bars, restaurants and golf courses to serve alcohol starting at 9 a.m. every day, and allowing bars and restaurants to advertise "happy hour" specials.

This report by The Canadian Press was first published Oct. 28, 2019.