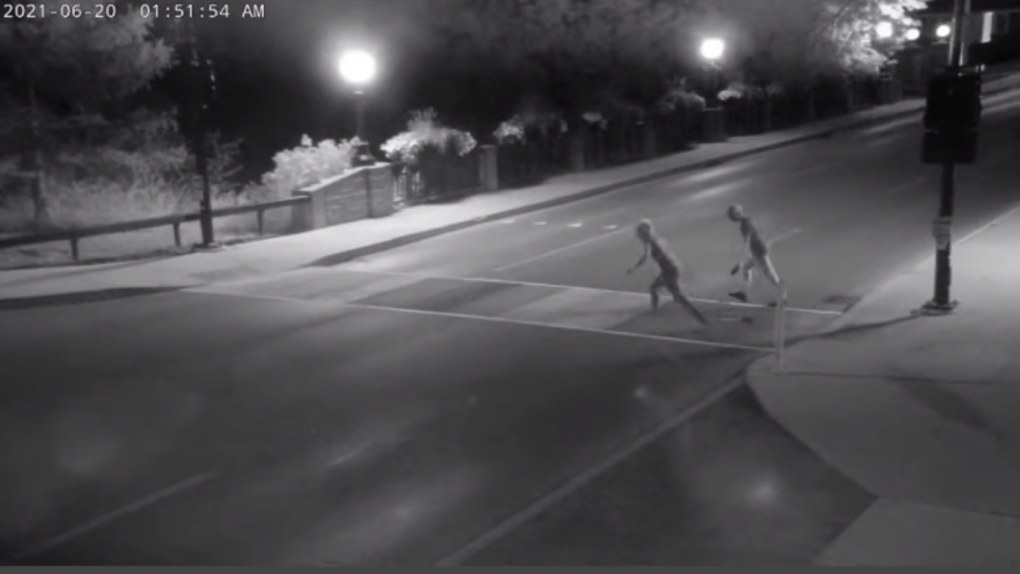 LONDON, ONT. -- Owen Sound Police have released a video of two suspects vandalizing a Pride crosswalk and are hoping the public can help identify them.

On Sunday June 20 police were notified of the vandalism to the crosswalk.

An investigation was launched and city crews immediately removed the markings.

“This senseless act is contrary to the beliefs of an accepting and inclusive community,” said Owen Sound Police Chief Craig Ambrose in a news release. “I encourage anyone with information to come forward to the police so that those responsible can be brought to justice.”

Now police have released surveillance footage of the crosswalk in hopes that someone will recognize the two suspects.

As they get to the crosswalk they begin to dump something across the painted lines as they ran across and out of view.

Anyone with any information is asked to contact Owen Sound Police.