BAYFIELD, ONT. -- Ospreys near Bayfield have a new potential nest, thanks to some local volunteers and Hydro One.

Earlier this month, members of the Huron Land Tract Trust Conservancy and Hydro One came together to built an osprey nest, that will sit atop the trees in the Bayfield River Flats, near the marina.

“It’s a perfect spot for a an osprey nest, because the osprey is at the top of the food chain. They’re coming in off the lake, and they’re searching along the river,” says Roger Lexington, from the Huron Land Tract Trust Conservancy.

Hydro One committed to donating and building the nest after having to take some trees down in the conservation area for a construction project.

“We take our hats off to Hydro One. They have been brilliant in fulfilling their promise to make good, following the damage they had to do to our little conservation area. They had to take a lot of trees down for construction, but they’ve really come up in spades by providing this opportunity for the osprey to find a new home,” says Peter Jeffers, with the Bayfield River Valley Trails Association. 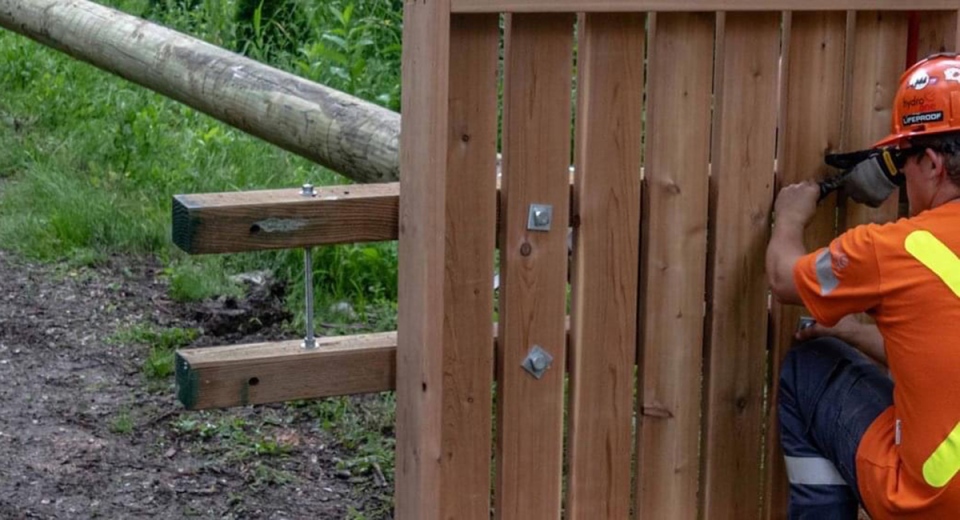 Hydro One says they were happy to do so.

“One of key environmental objectives is to identify and integrate biodiversity into our activities. So, we’re proud to support efforts to protect local Osprey populations,” says Elise Croll, head of Hydro One’s Environmental Services.

Ospreys typically make their nests in artificial structures, like hydro poles or light standards. They typically make a nest during springtime, but locals are hoping they set up shop this summer.

“This is something that will attract a lot of people, particularly when the osprey come. Hopefully, we’ll get ones nesting their shortly. I’m sure it will attract people from miles around,” says Jeffers.