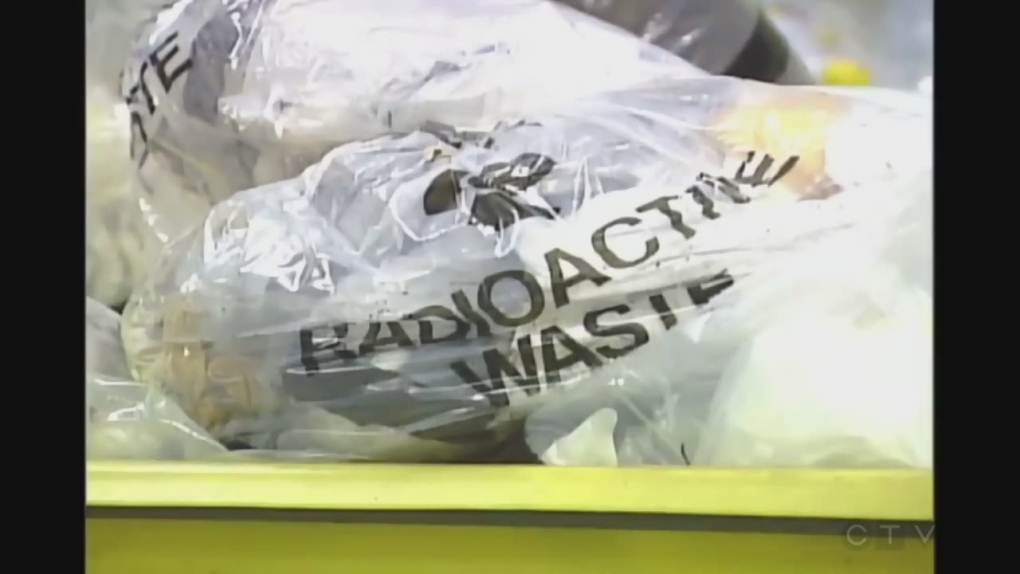 Opponents of a planned nuclear waste bunker have hit back at a report affirming the Lake Huron shoreline as the best place to locate the facility.

They also claim the federal government is trying to limit scrutiny of the Ontario Power Generation report and ignoring concerns about the project from the United States and elsewhere.

The report, done at Ottawa's request for more information, did not look at other specific sites but concludes it would cost billions of dollars and set the project back decades if it was forced to bury the toxic waste anywhere other than at the Bruce Nuclear Generating Station, near Kincardine, Ont.

One activist group called the report a "completely inadequate" response to Environment Minister Catherine McKenna, who must approve the proposal.

"This is the fifth time that OPG has side-stepped a specific government request to study alternative sites," Rod McLeod, a director of SOS Great Lakes, said in a statement. "At what point is the federal government going to stand up and do its job?"

Critics are also angry that the government is allowing just 30 days for public comment on a report OPG had the better part of a year to produce.

"It appears to me the government perhaps does not care to hear what the public thinks," McLeod said.

Scores of Great Lakes communities have passed resolutions or otherwise expressed opposition to OPG's proposed deep geologic repository, currently estimated to cost about $2.4 billion. The plan calls for about 200,000 cubic metres of low and intermediate nuclear waste to be stored in bedrock up to 680 metres underground about 1.2 kilometres from Lake Huron starting in 2026.

American Congressman Dan Kildee, a vocal critic of the project from Michigan, said the risk of poisoning drinking water -- despite OPG's insistence the rock bunker would contain the waste for thousands of years and is safer than above-ground storage -- is simply too high.

"Surely in the vast land mass that comprises Canada, there must be a better place to permanently store nuclear waste than on the shores of Lake Huron," Kildee said in a statement.

The OPG report maintains that trucking the radioactive material -- potentially from one end of the province to the other -- would pose more of a health and safety risk than burying it at the Bruce site, where much of it is produced.

Critics, who argue similar storage bunkers elsewhere in the world have failed, are especially scornful of OPG's assertion -- based largely on an analysis of Google searches -- that most people in the province have little interest in the project. Among other things, they cite an online petition that close to 100,000 project opponents have signed.

"Their claim is in direct conflict with evidence presented at the environmental hearings as well as ongoing public opposition," said Ellen Dailey, a doctor based in Erie, Pa., and another SOS Great Lakes director.

OPG also has a record of biased surveys, such as one that showed overwhelming support for the repository in Kincardine itself -- making it the required "willing host," opponents argue.

Among other things, they note OPG is paying Kincardine and nearby municipalities -- home to one of the world's largest nuclear power plants and many of its employees -- $35 million to support the project. They also argue a survey of local residents was skewed by a preamble that called the project safe and economically beneficial without mentioning any potential risks.

The federal government has delayed its decision on the project since a review panel approved it in May 2015. McKenna is now slated to decide either late this year or early next.