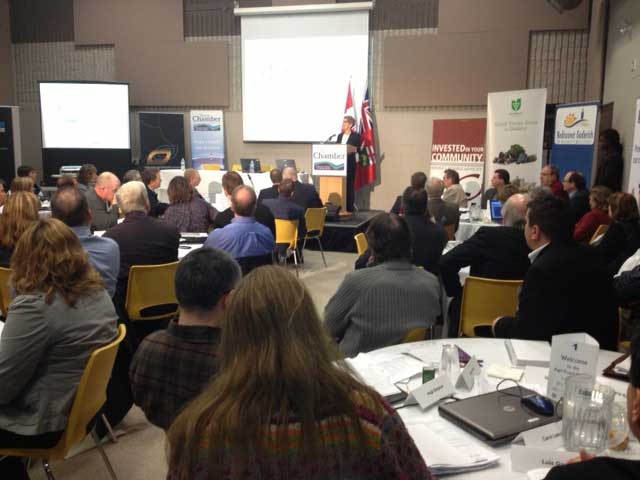 The racetracks are Flamboro Downs near Hamilton, Georgian Downs near Barrie and the Fort Erie track in the Niagara area, which will reopen for racing.

That brings the number of racetracks with funding agreements to nine, Wynne said. Her government is still negotiating with six others.

"It's further indication that we are on track -- so to speak -- to have a sustainable horse racing industry in the province," she said during a visit to a dairy farm in Lucan, northwest of London.

"It's going to be smaller, I acknowledge that, and it's hard when there are job losses and I know there were some job losses over the last couple of weeks," said Wynne, who also serves as minister of agriculture.

Officials wouldn't say how much money would be involved until all agreements are completed. But one source who requested anonymity estimated the province would be putting about $200 million into the deals with all the racetracks.

The minority Liberals shocked the sector last year when they cancelled the $345 million a year share of slot machine revenues that went to tracks, prompting several tracks to close or announce plans to shut down.

The Windsor Raceway closed last year, putting over 200 people out of work. Toronto's Woodbine Racetrack, which secured transitional funding and signed a lease with the province to hold the slots, cut 100 jobs in February.

The Western Fair Raceway near London recently confirmed that it was cutting jobs, even though it had also secured transitional funding and signed a commercial lease.

An expert panel set up by the government concluded the slot machine revenue had accounted for 64 per cent of the annual income for the horse racing sector in Ontario, and more than 60 per cent of purse money.

The horse racing association said having slot machines at 17 Ontario racetracks used to generate $1.1 billion profit for the province each year.

Sue Leslie, president of the Ontario Horse Racing Industry Association, said she's pleased with the deals, but they need more details from Wynne about a long-term strategy for racetracks.

"Without knowing the financial returns long-term, breeders and owners will continue to resist investment if they cannot see a viable future for the industry," she said in a statement.

Wynne's claim that she's bringing stability to the industry doesn't hold water, said Progressive Conservative Monte McNaughton, whose party estimates there are about 60,000 jobs in the industry and its spinoffs.

"Clearly the damage is done. The McGuinty-Wynne Liberals have devastated this industry," he said.

"Thousands of jobs have been lost already throughout Ontario and there's going to be thousands more jobs lost because of the government's decision to gut the horse-racing industry."

No one can plan for the year ahead because no race calendar has been set yet, McNaughton added.

NDP leader Andrea Horwath agreed that despite the deals, thousands of jobs will be lost.

"It's going to cut jobs, that's the bottom line," she said.

"The government decided to pull the plug on this industry and now they're trying to scramble to figure out how to put it back together without having a real plan in place."

Horwath said the NDP would suspend plans to end the sharing of slot machine revenue, and take the time to come up with a "real plan" for the horse racing industry.

The racetracks that have inked deals also include Mohawk, Grand River, Clinton and Hanover.