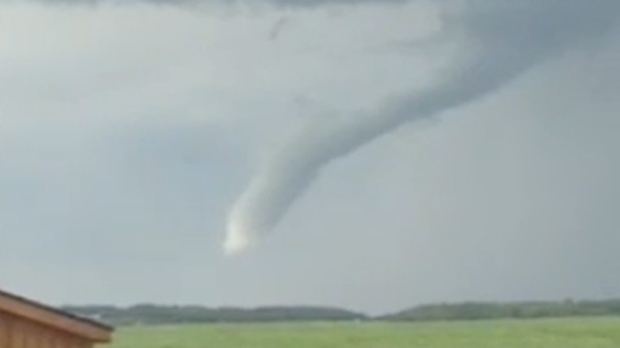 TORONTO - Environment Canada says Ontario has recorded its seventh tornado of the season.

Meteorologist Geoff Coulson confirms a tornado touched down on Monday about 30 kilometres northwest of Huntsville on Bear Lake.

He says the tornado damaged trees in the area but was mainly concentrated on the lake itself.

The tornado was measured as an EF0 on the Enhanced Fujita scale denoting the minor damage it caused.

The most severe twister so far this year hit the central Ontario community of Angus on June 17, causing massive damage to homes in the area.

Coulson says the season for tornadoes can last from April to October, and there is "a lot of variability" in terms of the number of tornadoes that touch down.

He says in an average season there are about 12 tornadoes in the province, but last year was a "particularly active" season with 23.

Coulson adds Ontario could be in store for unstable air next week which could result in strong thunderstorms.