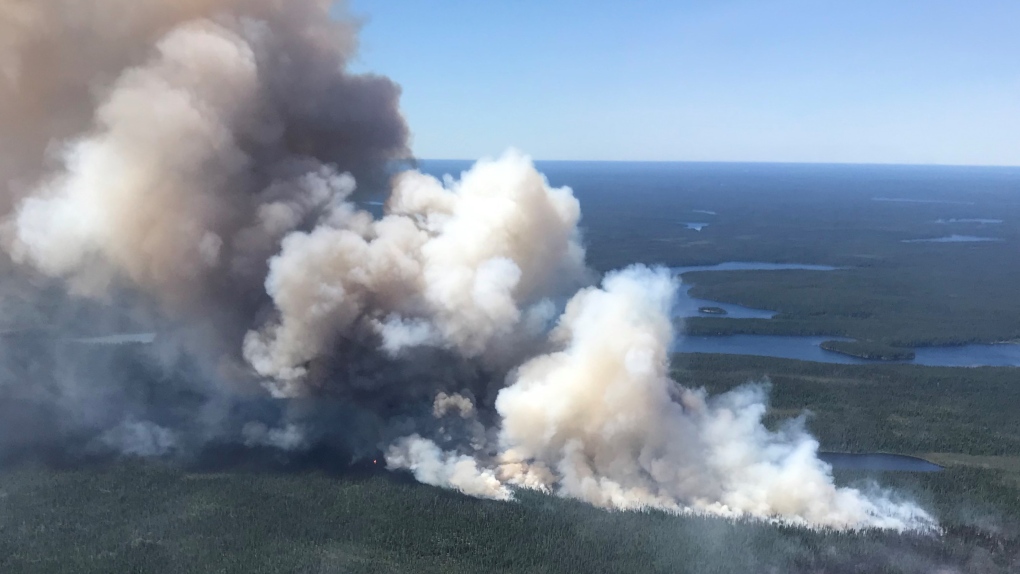 Members of a sixth First Nation in northwestern Ontario are being evacuated due to the threat posed by wildfires.

The Ontario government says about 200 members of the Wabaseemoong First Nation are expected to be evacuated from the community by end of day Thursday.

The Ministry of the Solicitor General says the First Nation declared an emergency on Monday due to wildfires and smoke in the Kenora region and across the provincial border in Manitoba.

It says the community is prioritizing its most vulnerable members for evacuation flights, which began on Wednesday.

Evacuees are being sent to the Kenora and London, Ont., areas.

There are currently 114 active fires in northwestern Ontario, and provincial officials said this week that more new wildfires are expected due to current environmental conditions.

This report by The Canadian Press was first published Aug. 5, 2021.

It's the 11th time in September alone that a new record high has been set for ICU patient count, which now stands at 265.

A former Conservative MP who lost his seat in the recent election thinks the party could have done a better job speaking directly to Chinese Canadians.