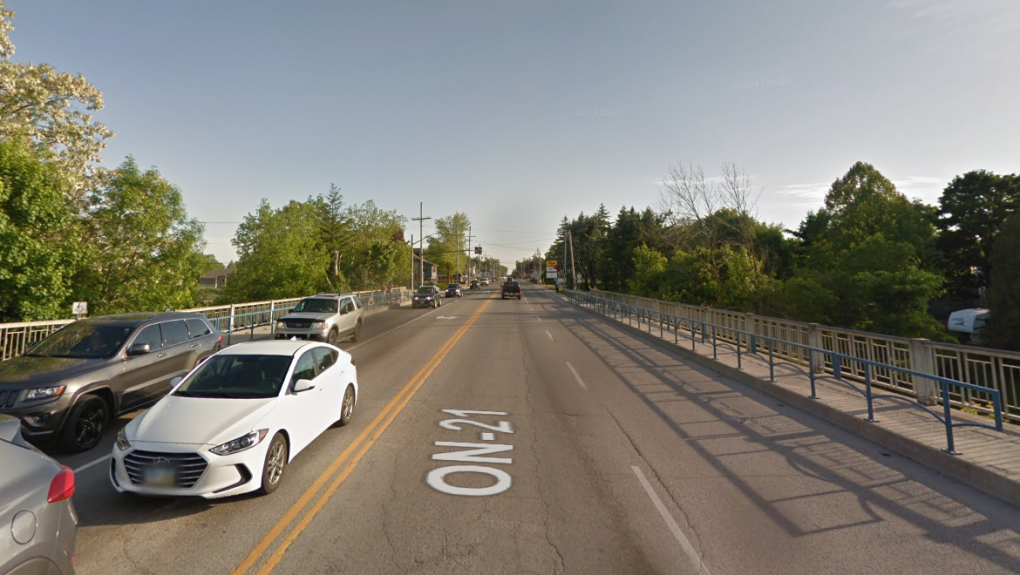 LONDON, ONT. -- The Ontario government is providing $4.8-million in funds to replace and widen the Ontario Street bridge.

The bridge is located just south of the Main Street intersection and is a major route for traffic in the area.

In 2019 Lambton Shores applied for provincial and federal funding for a planned project to replace the bridge.

The funding announced Friday is part of a $30-million Connecting Links Program to help 14 municipalities repair roads and bridges.

The announcement was made at a virtual press conference by Caroline Mulroney, Minister of Transportation, Monte McNaughton, MPP for Lambton-Kent-Middlesex and Bill Weber, Mayor of Lambton Shores.

The current bridge is more than 60-years-old with four lanes and narrow sidewalks. There have long been safety concerns for pedestrians on the bridge.

The bridge has also been known to see heavy traffic during tourist season, the widening is designed to alleviate that problem.