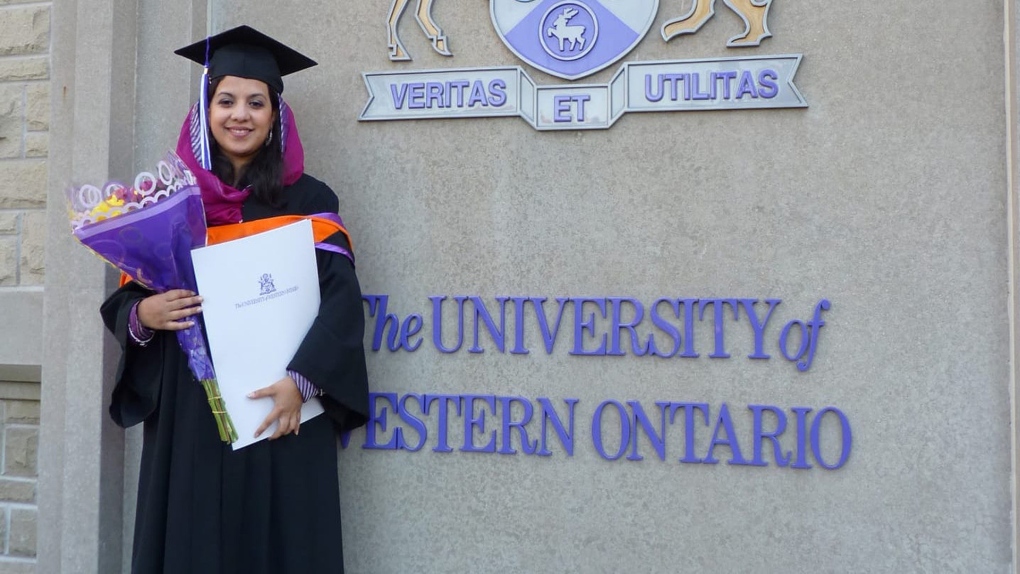 Western University is establishing two scholarships to honour Madiha Salman and her husband Salman Afzaal. Both hold degrees from the London, Ont. school and both were killed in a vehicle attack in June.

The pair, along with their 15-year-old daughter Yumnah and Afzaal's mother, Talat Afzaal, died after being struck by a vehicle in an alleged anti-Muslim terror attack as they were out walking in northwest London. Their son Fayez Afzaal, nine, survived the attack.

In a news release, Western says the awards, "will help ensure people remember how Madiha Salman and her husband Salman Afzaal lived – as people who embraced inclusion, valued education and built up their community."

Salman earned a master’s in engineering at Western and was working towards her PhD in environmental engineering with a focus on finding new ways to treat contaminated soil and groundwater. The doctorate was awarded posthumously in June.

Afzaal earned his master’s at Western in 2010 and worked as a physiotherapist in long-term care homes.

The Salman Afzaal Memorial Scholarship in Physical Therapy will be awarded each year to a full-time graduate student enrolled in a doctoral or master’s program in health and rehabilitation sciences, with preference to students involved in leadership, research and/or innovation in physical therapy.

It is hoped the scholarships, endorsed by both the Afzaal and Salman families, will offer comfort and commemoration, Western University President Alan Shepard said in a statement.

“We hope these scholarships will help to carry on the incredibly positive legacies they have left at Western...We want to remember them as they lived: as a devoted family, as Western scholars and researchers, and as caring and well-loved members of the broader community.”

The couple arrived in Canada from Pakistan in 2007 with their baby daughter, and they are being remembered as wonderful members of the community.

Afzaal, meanwhile, was reportedly known for his kindness, hospitality and perseverance.

Health sciences professor Dianne Bryant, Salman’s supervisor for his master’s, recalled him as, "such a happy person, full of hope and so happy to be in Canada."

A virtual memorial service for the campus community is planned for July 29 at 1 p.m.