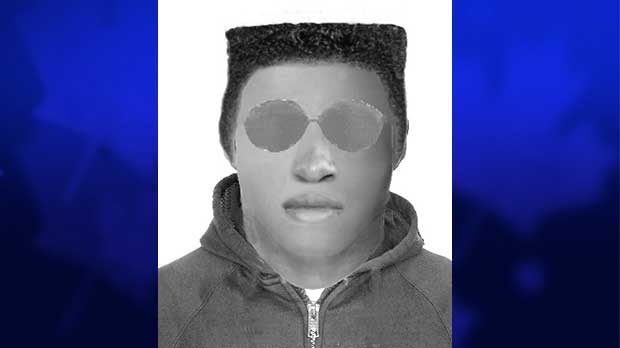 London police have released this composite sketch of a man wanted in connection with a string of 'ride-by' sexual assaults in the city.

Police are asking for public help to identify a man wanted in a string of sexual assaults and have released a composite sketch of the suspect.

Investigators have received half-a-dozen complaints from females who say they were touched inappropriately by a man as he rode past them on a bicycle.

Typically the victims have been walking or jogging alone at the time and the incidents have occurred in areas including; Adelaide Street near Queens Avenue, Fairview Avenue at Morningstar Avenue, Frontenac Road near Deveron Crescent and Southeast Optimist Park on Deveron Crescent.

The assaults have occurred in the early morning or in the evening, between August 26th and September 22nd.

The suspect is described as a black male with a light to medium complexion, in his late teens to early twenties, 5’6” to 5’10” tall, medium build with short black hair and riding a BMX or mountain bike style of bicycle.

Anyone with information is asked to contact police at 519-660-5842 or online at project@police.london.ca. They can also contact Crime Stoppers at 1-800-222-TIPS or www.londoncrimestoppers.com.