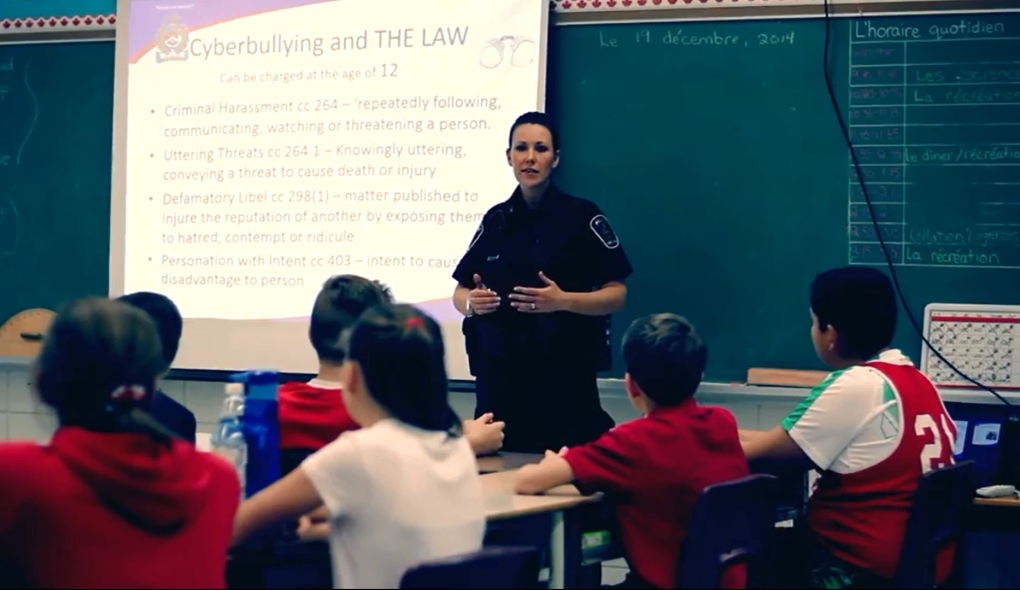 Const. Sandasha Ferguson speaks about bullying in London, Ont. in this image released by the London Police Service.

One of London's finest is using music to help raise awareness about bullying and to let young people know they're all 'very important people.'

Const. Sandasha Ferguson, a 15-year veteran and one of the force's School Safety Officers, has released her first single and music video, 'You're a V.I.P.'

Ferguson delivers programs to students in 29 schools in the city and often addresses issues surrounding bullying and cyberbullying.

It's not her first foray into singing though, as she has performed with the London Police Service's rock band, 'Duty Calls,' during field trips and oftern performs the national anthem at police events and London Nationals games.

For her first song she used some of her free time to share her vision with songwriter David Scott of Delhi Music in Guelph, Ont. and then recorded with producer Jason Poole.

It also features all of the force's elementary school safety officers and secondary school resource officers.

The song is available through iTunes and Amazon.