A ribbon-cutting ceremony was held Tuesday for the official unveiling of the green mega project -- a collaboration of industry and government, and students themselves.

“We’re aware of what’s going on in the world and it’s amazing to really put our feet down and say we want better, we want better for our future generations,” said Grade 13 student Sarah Bedor, who was among the students who got hands-on experience working on the project. “We’re willing to commit to that, and so this project has shown.” 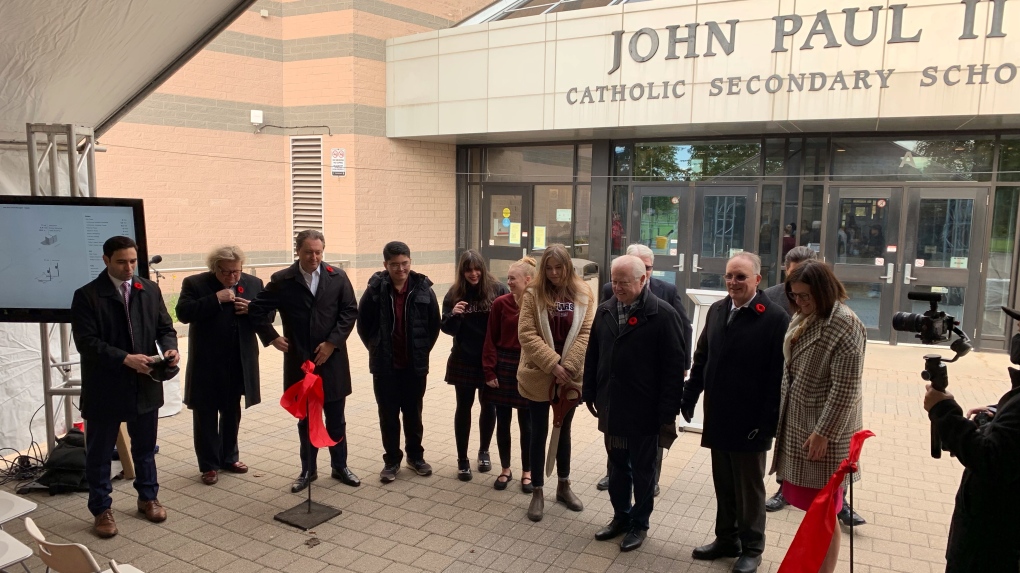 A ribbon cutting ceremony for the official unveiling of the green mega project at John Paul II Secondary School, Nov. 2, 2021. (Bryan Bicknell / CTV News)From the roadway it looks like a giant carport, but it’s quite a bit more sophisticated. The project consists of 2,700 covered solar panels that generate 825 kilowatts of power.

Natural gas is no longer required to heat the school because the new system employs heat pumps to bring outside air in to heat or cool the school.

According to the London District Catholic School Board, the retrofit reduces greenhouse gas emissions to near zero and removes roughly 277 tonnes of carbon per year, “which not only makes it completely self sufficient, but also reduces baseline electricity costs by almost 70 per cent,” said Director of Education Vince Romeo. 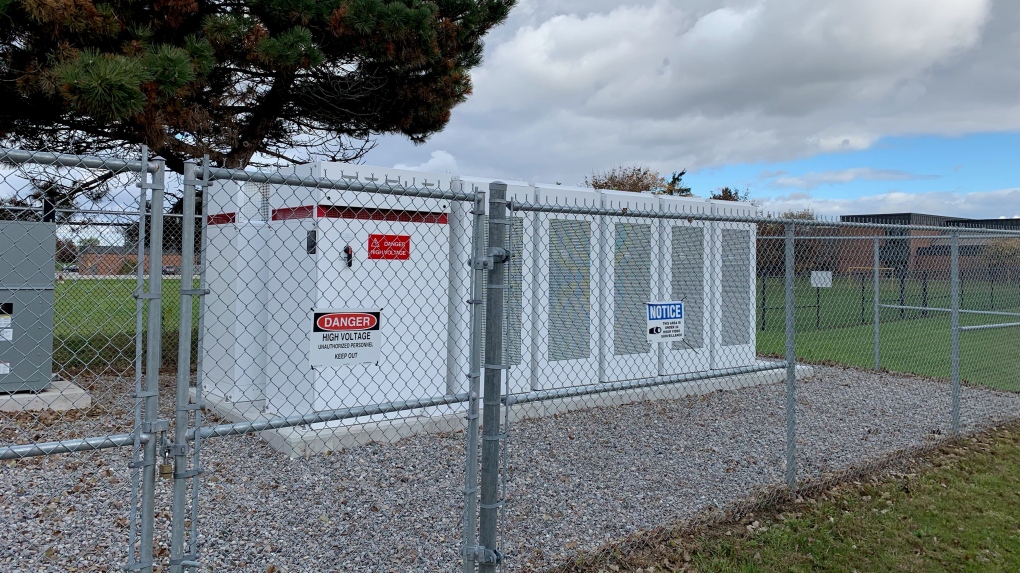 “It kind of lives in, we’ll call it a symbiotic nature with the local grid, in that sometimes it’s taking from it and sometimes it’s supporting it,” said Fonger. “But at all times the school actually gets what it needs.”

School Principal Peter Cassidy added, “It’s my understanding, that even in the early going, the system is working as efficiently or more, than it had been anticipated.”

The $9.7-million project was jointly funded by Ameresco and senior levels of government and is expected to pay for itself in about 25 years.